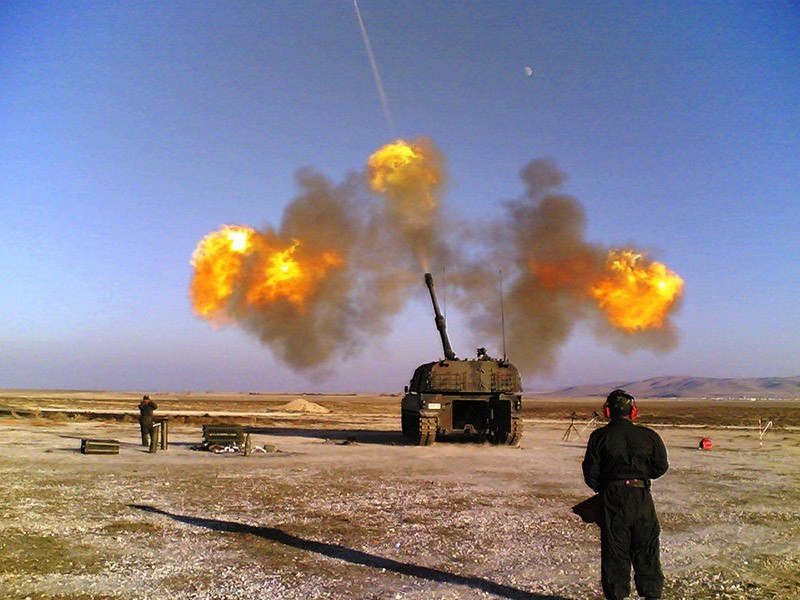 Turkish airstrikes and artillery shelling have killed 27 Daesh terrorists as part of the operation to liberate the northern Syrian town of al-Bab from terrorists, the military announced on Monday.

The statement issued by the Turkish military provided up-to-date information on the developments that took place between Feb. 19, 7 a.m. (GMT 4 a.m.) to Feb. 20, 7 a.m. local time.

The release also noted that the U.S.-led coalition airstrikes also hit Daesh targets in al-Bab, killing one terrorist and destroying one vehicle.

The military released the video footages of airstrikes conducted against Daesh targets.

27 Daesh terrorists have been killed in counter-terror ops carried out in the past 24 hours in Syria's al-Babhttps://t.co/XbVHh5bVto pic.twitter.com/Lq7miJELvk

The Turkish army is supporting FSA fighters in liberating al-Bab, a strategic city for Daesh, from the terrorist group. Monday marks the 181st day since the city was surrounded in order to liberate it.