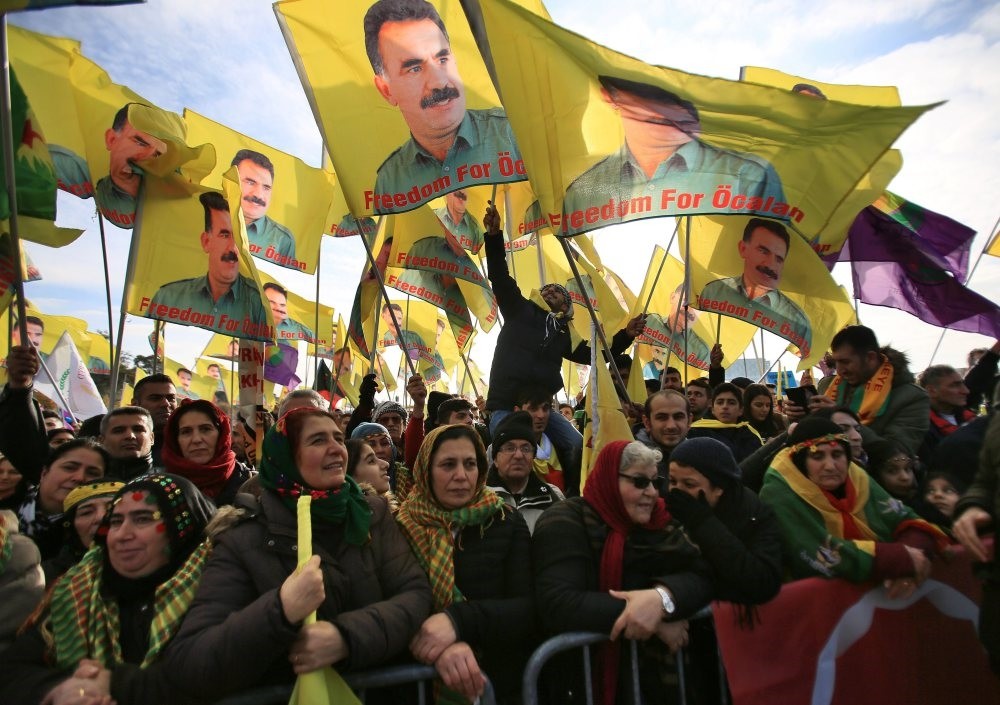 Turkish Foreign Minister Mevlüt Çavuşoğlu has said Germany systematically oppresses Turks residing in Germany, while stressing that as well as being a safe haven for terrorists, Germany is also sending terrorists to Turkey. As racist attacks continue to target Turkish-run mosques and Turkish associations across Germany, Foreign Minister Çavuşoğlu stressed that Turks in Germany are methodically exploited by the German state: "Turks who live in Germany are systematically oppressed. Not only Turkish citizens but also German citizens of Turkish origin who are also in same situation," Çavuşoğlu said on Feb. 28 in Antalya.

"Germany's oppressive tactics include coming up with various methods such as distorting the facts about Turkey in the state-mandated educational curriculum to give Turkish children to unwanted families," he added.

Pointing to the recent crisis between Turkey and Germany that began after German police raided the homes of four imams affiliated with the Turkish-Islamic Union for Religious Affairs (DİTİB) on the grounds that they had conducted espionage on behalf of the Turkish government against the Gülenist Terror Group (FETÖ) that is accused of masterminding the failed July 15 coup last year, Çavuşoğlu said that these espionage allegations are also part of Germany's oppressive tactics aimed at intimidating Turks in Germany.

Çavuşoğlu also urged Germany to halt activities such as raising money and drug trafficking in their country. He said: "Even though they [Germany] do nothing to prevent the activities of terrorist organizations that harm Turkey, Germany also sent terrorists to Turkey," Çavuşoğlu added.

Stressing that Germany has become a safe haven for terrorists and alleging that Berlin willfully accepts those who work against the interests of Turkey with open arms, Çavuşoğlu continued by saying that "[A] Swiss court recently decided to extradite a member of the PKK terrorist organization as well as a terrorist from the Revolutionary People's Liberation Party-Front (DHKP-C). Both of these terrorist asked to be sent to Germany, which means that Germany is a safe haven for terrorists."

Touching upon the recent scandal regarding Germany's Foreign Intelligence Agency the BND, which allegedly spied on the phones, faxes and emails of large numbers of foreign journalists, Çavuşoğlu stressed that despite freedom of speech in Germany, "They are also wiretapping all the phones that are used to communicate abroad and when we throw this in their faces, they react," he added.

Despite the commercial, economic and cultural ties between Turkey and Germany, bilateral relations between the two countries have hit a new low as a result of Germany's open support of terrorist groups; namely, FETÖ, the PKK and the DHKP-C. Berlin was also under fire for embracing Turkish journalist Can Dündar, who faces terror charges in Turkey in a case regarding his exposure of state secrets. Dündar, who currently resides in Europe while he is being tried in absentia, was received by then-President Joachim Gauck last year in Berlin.
RELATED TOPICS