PKK terrorist with $400,000 bounty on his head killed in anti-terror ops 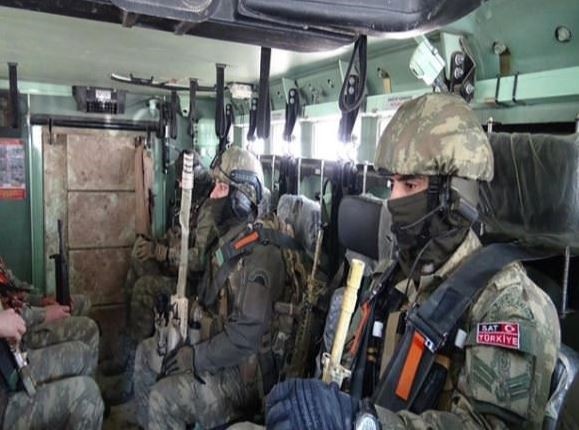 Commandos from the special operations unit of the Turkish Navy heading for anti-terror operations are seen in this picture released by the naval forces command. (File Photo)
by Daily Sabah with Agencies Mar 02, 2017 12:00 am

Turkish security forces killed two prominent PKK terrorists in the eastern Mardin province, including Salih Kaplan, who had a 1.5 million lira ($410,000) price on his head, the Mardin governorate announced in a statement released on Wednesday.

The statement said that both terrorists were killed in the Doğanlı neighborhood of Mardin, and also noted that they were carrying long-barreled weapons, a myriad of explosive materials, and a substantial amount of organizational documents.

The release added that $4,600 and about 10 kilograms of marijuana were also seized inside the shelter where both terrorists were killed on Wednesday. 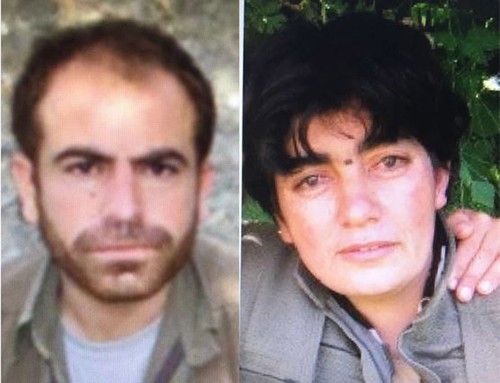 Kaplan, sought by the authorities with a bounty of 1.5 million Turkish liras, was listed in the ''blue category'' of most wanted terrorists.

The interior ministry categorizes high-ranking terrorists into different colors –red, blue, green, and gray– depending on their threat level to the country.

The terrorist group has murdered over 800 security personnel and 300 civilians since then and has also lost more than 10,000 militants, who were either killed or apprehended in counterterror operations.