Turkey's fight against YPG should not put us at odds with allies, FM Çavuşoğlu says 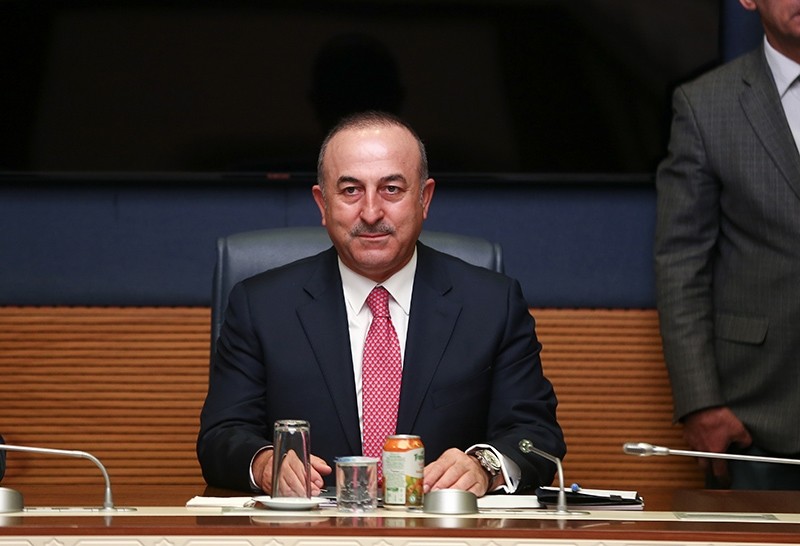 Foreign Minister Mevlüt Çavuşoğlu said on Thursday that Turkey has previously warned about hitting the People's Protection Units (YPG) if they refuse to retreat from Manbij, and that its fight against the YPG should not put it at odds with allies, while he denied reports of agreement with Russia that villages controlled by opposition forces will be handed to the Assad regime forces.

YPG enjoys strong U.S. support and has overrun large swathes of northern Syria over the last two years, even going far beyond the traditionally Kurdish-majority regions.

Turkey considers the YPG to be an offshoot of the PKK, recognized as a terrorist organization by the U.S., the EU and Turkey.

Çavuşoğlu said that the U.S. is making a mistake by supporting the YPG and that Turkey is constantly holding talks with Russia and the U.S. regarding the issue of the YPG.

Despite Turkish protestations and providing countless evidence which prove that the YPG is the Syrian affiliate of the PKK, the U.S. have so far rejected considering the YPG as a terrorist organization.

Meanwhile, President Recep Tayyip Erdoğan also said that the liberation of Manbij from terrorist organizations will be next, as Turkey successfully completed an operation and liberated al-Bab from Daesh terrorists.