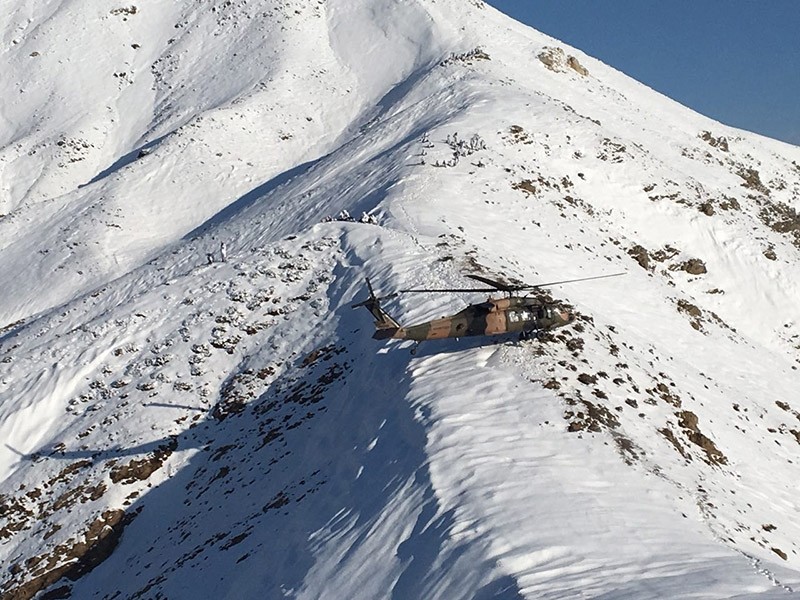 Four PKK terrorists have been killed in counter-terror operations carried out by Turkish security forces in Turkey's eastern Diyarbakır and Bingöl provinces, the military announced in a statement issued on Tuesday.

The statement said that, according to initial findings, four PKK militants were killed in airstrikes conducted by Turkish warplanes in the countryside of Bingöl's Genç, and Diyarbakır's Lice districts.

One pistol, 36 pistol cartridges, one shotgun, one blank firing gun, 350 kilograms of ammonium nitrate, materials used in the preparation of improvised explosive device (IED), as well as 135 kilograms of marijuana were seized by security forces during the ongoing operations backed by air support, the statement also noted.

The release also added that one suspect has been detained on charges of aiding and abetting the PKK.

The terrorist group, founded in 1978, resumed its decades-old armed campaign against the Turkish state in July 2015.

Since then, the PKK has murdered over 900 security personnel and 300 civilians and has also lost some 10,000 militants, who were either killed or apprehended in anti-terror operations.