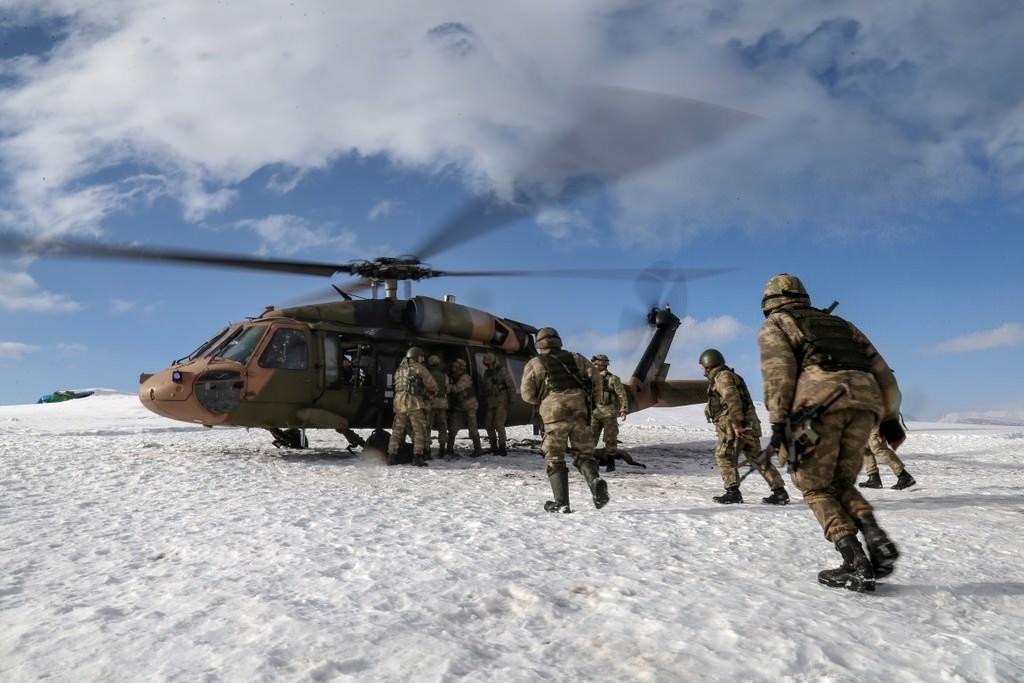 The photo released by the Diyarbaku0131r Governorate shows Turkish soldiers participating in an anti-PKK operation.
by Daily Sabah Mar 10, 2017 12:00 am

A total of 98 terrorists were killed last week in Turkey and northern Syria, Turkish military said in a statement Friday.

The Turkish General Staff said in a statement that 27 terrorists were killed in anti-PKK operations in Turkey while 71 members of the PKK-affiliated Democratic Union Party (PYD) were killed as part of the Turkish-led Operation Euphrates Shield, which began last August.

According to the statement, Turkish soldiers have destroyed 24 shelters that were used by the PKK and seized weapons and nearly 1000 kilos of drugs during the anti-PKK operations.

The PKK is listed as a terrorist organization by Turkey, the U.S., and the EU. It has waged a terror campaign against Turkey for more than 30 years, which has claimed the lives of more than 40,000 people.