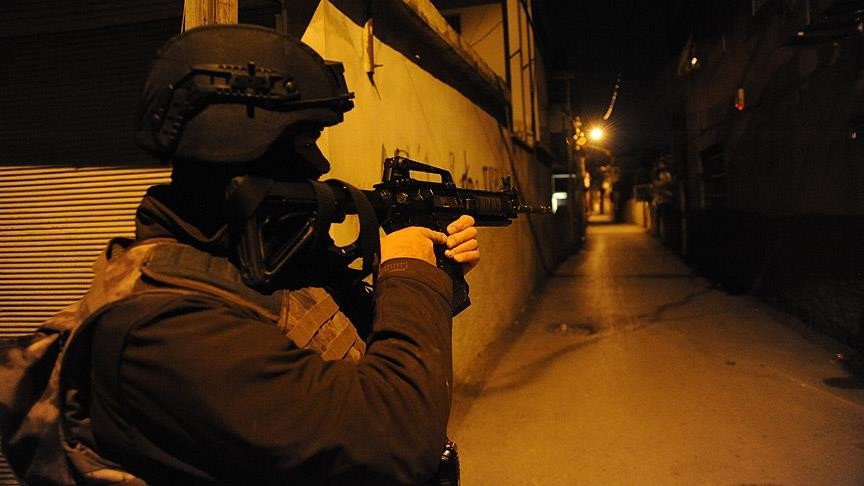 At least 38 PKK terrorists have been detained in simultaneous counter-terror operations carried out in Turkey's Adana province, reports said on Tuesday.

According to reports, Adana police conducted dawn raids on the houses where terrorists lived.

Three shotguns, other weapons and documents belonging to the terrorist organization found in the houses were confiscated by the police.

The terrorist suspects were brought to Adana Police Headquarter after going through medical examination.

The PKK, which is recognized as a terrorist organization by Turkey, the U.S. and the EU, has killed thousands of civilians in more than three decades of terror attacks. A brief cease-fire period, brokered with the Turkish government for a reconciliation process, collapsed two years ago and the PKK has since resumed its armed campaign in which more than 1,200 people, including security personnel and civilians, have lost their lives. More than 4,000 security personnel and over 2,000 civilians have also been injured.

In counterterror operations, more than 10,000 PKK terrorists have been killed or apprehended after the terrorist group resumed its attacks in 2015. Approximately 5,500 weapons, 652,000 rounds of ammunition, more than 142 tons of explosives and 15,000 bombs have been seized.