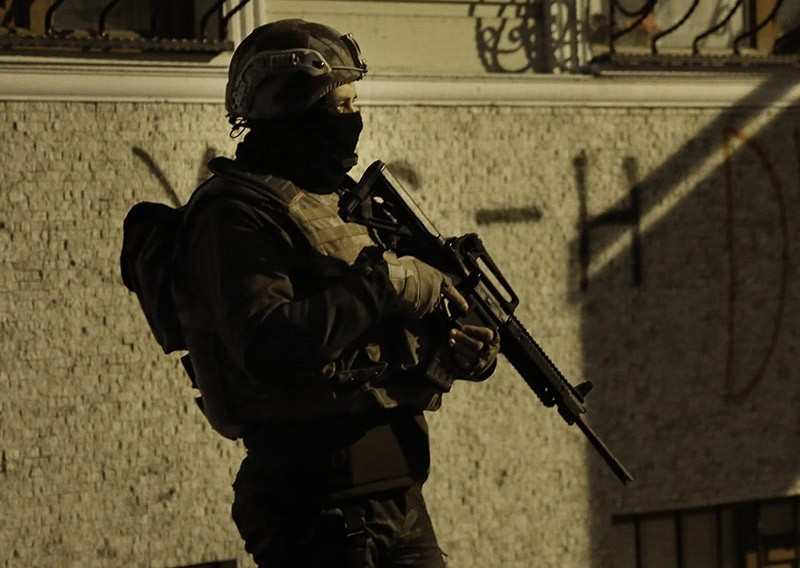 Teams from the anti-terror branch of the Istanbul Police Department have detained two Daesh suspects during an operation in Istanbul's Kağıthane district.

According to police sources, the two Daesh suspects C.C. and I.D., who hold Uzbekistani citizenship, were planning a "major attack similar to the Reina nightclub."

The detained suspects were brought to the Istanbul Police Department's anti-terror bureau for further procedures.

A lone Daesh gunman armed with a Kalashnikov had gunned down 39 revelers in the nightclub by the Bosporus shore during a New Year's party. The gunman was captured after a few weeks on the run.

Since it emerged as a major threat in unstable Iraq and war-torn Syria a few years ago, Daesh has carried out a string of attacks in Turkey, which it includes in its list of foes. Some 277 people were killed in Daesh attacks.

Following the attack on Reina, Turkey launched nationwide operations that have netted hundreds of suspects. Turkey has also killed a large number of militants in Operation Euphrates Shield in Syria where the Free Syrian Army (FSA) is being supported by the Turkish military in its fight to retake towns captured by the terrorist group.

Turkey also thwarted several Daesh attacks in recent months. Last year, thirty-five suspects from the terrorist group were captured and accused of plotting to attack the Parliament, a Shiite mosque and a branch office of the ruling Justice and Development Party (AK Party).