FM Çavuşoğlu heads to US for anti-Daesh coalition meeting 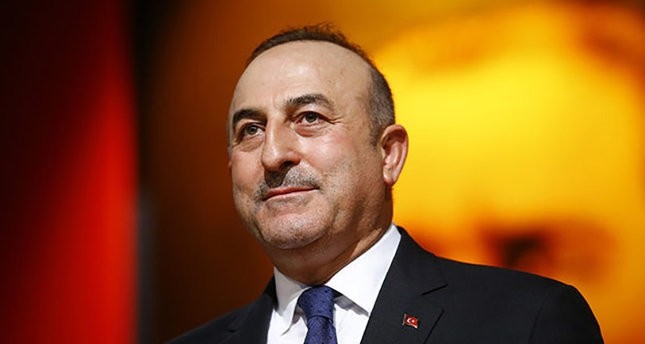 Foreign Minister Mevlüt Çavuşoğlu will attend a ministerial meeting of the global coalition to counter Daesh on March 22 in Washington, D.C.

According to a statement released by the Foreign Ministry on Monday, Çavuşoğlu is planned to hold bilateral talks with U.S. Attorney General Jeff Sessions and National Security Advisor H. R. McMaster in Washington, speak at a think tank conference and meet with American media representatives between March 21-22.

The foreign minister is also expected to meet with Turkish citizens in New York after his contacts in Washington.

The meeting of coalition foreign ministers and senior leaders will be the first full meeting of the 68-member coalition since December 2014.

However, the gathering will not include Russia, Iran or Syria.

Ministers are expected discuss the U.S.-led anti-Daesh coalition's efforts against the terror group as well as the coalition's next moves amid Daesh's retreat in both Syria and Iraq.

"We are at an important stage of the fight against ISIS [Daesh] and will use this ministerial to accelerate international efforts to defeat ISIS in the remaining areas it holds in Iraq and Syria, and maximize pressure on its branches, affiliates, and networks," the U.S. State Department had announced earlier in the month, using an alternative acronym for the Daesh terror group.

Syria has been locked in a vicious civil war since early 2011 when the Bashar Assad regime cracked down on pro-democracy protests, which erupted as part of the Arab Spring uprisings, with unexpected ferocity.

Since then, more than a quarter million people have been killed and more than 10 million displaced across the war-battered country, according to the United Nations.