Belgium allows pro-PKK event in Brussels following in the footsteps of Germany, the Netherlands 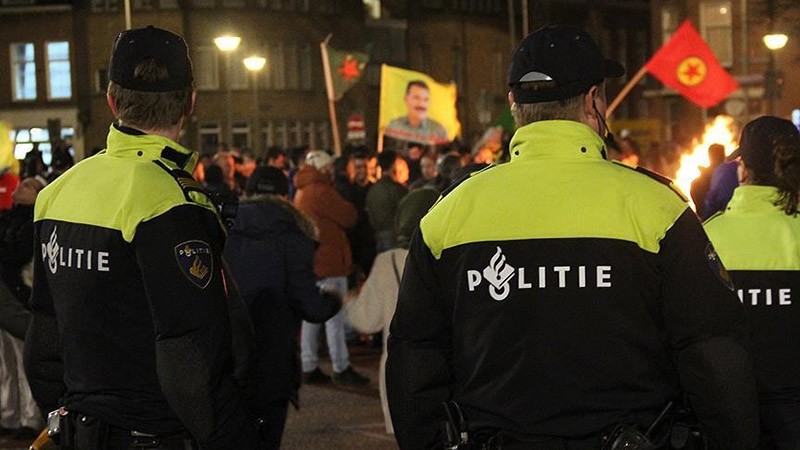 Belgium has allowed PKK sympathizers to celebrate Nevruz, a spring New Year's festival, and rally for the "No" campaign of Turkey's upcoming referendum on constitutional reform near EU institutions in the capital city of Brussels Monday.

Meanwhile, another pro-PKK event was organized in the Netherlands, during which posters of the terrorist organization's jailed leader Abdullah Öcalan were displayed and anti-Turkey slogans shouted.

Some 200 people, who called for a "no vote" in the Turkish referendum, participated in the PKK march in The Hague.

The Netherlands' actions have been interpreted as contradictory, as the country deliberately granted permission for the march, despite the PKK's status as a terrorist organization in the European Union.

Earlier in the month, the Netherlands cancelled permission for Foreign Minister Mevlüt Çavuşoğlu's flight and deported Family and Social Affairs Minister Fatma Betül Sayan Kaya, who hoped to address Turkish citizens in the country before the referendum.

The Netherlands has justified its action by citing security issues and concerns for public safety.

Last weekend, Germany also allowed a PKK march to be organized in the city of Frankfurt, after repeatedly cancelling Turkish rallies in the country due to various "security issue."

The PKK, listed as a terrorist organization by Turkey, the U.S., and the EU, resumed its armed campaign against Turkey in July 2015 and has since been responsible for the deaths of approximately 1,200 security personnel and civilians, including women and children.