Turkey not to participate in Raqqa op if it involves PYD, Deputy PM says 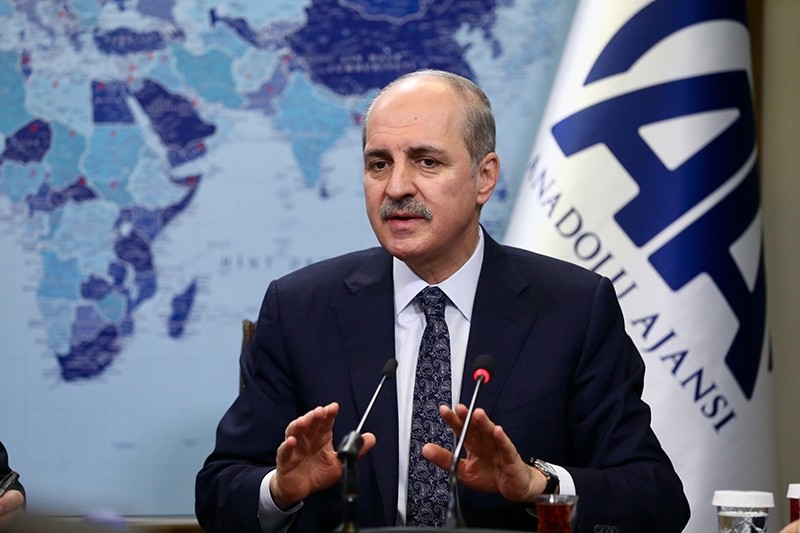 Turkey will not join a campaign to liberate Raqqa from Daesh terrorists if it involves the PKK's Syrian offshoot the Democratic Union Party (PYD), Deputy Prime Minister Numan Kurtulmuş said.

Any operation to capture Raqqa should involve "moderate opposition" forces in Syria, he added.

"Turkey will also support such an operation," Kurtulmuş told Anadolu Agency's Editors' Desk on Wednesday. " However, if you are saying 'We will bring in the PYD while taking Daesh away', Turkey will never allow it. We will not be involved in such an operation."

He highlighted the liberation of al-Bab and Jarabulus -- conducted by the Free Syrian Army (FSA) with the backing of Turkish armed forces -- as models for seizing Raqqa.

"We suggest implementing that model all across Syria," Kurtulmuş added. "That is our expectation from the international community."

Turkey considers the PYD and its armed wing People's Protection Units (YPG) as the Syrian offshoot of the PKK, which is recognized as a terrorist organization by the U.S. and the EU.

On Wednesday, a Turkish soldier in was killed by sniper-fire from a PYD-controlled region in Syria and has vowed to retaliate against such attacks from Afrin.