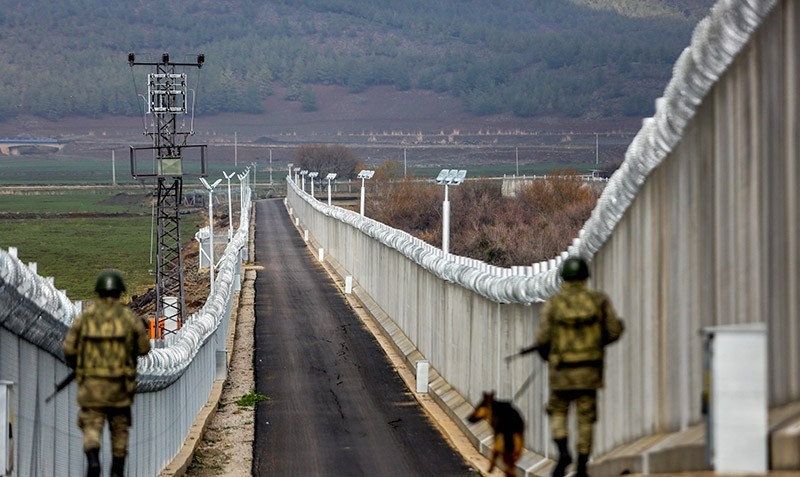 18 people, including a Chechen man carrying explosives attempting to illegally cross the border to Turkey from Syria were detained by Turkish security forces, the military said on Tuesday.

According to the military, the Chechen man, who was allegedly planning to carry out an attack was carrying 1.5 kilograms of explosives and two hand grenades.

The suspect was captured as he attempted to cross the border in the southern province of Kilis. Bomb disposal experts from Kilis Police were called in when they discovered explosives on the suspect.

The military statement noted that the rest of the people attempting to unlawfully cross the border included nine men, four women, four children, all Syrian nationals.

Turkey shares a 900-kilometer (559 miles) border with Syria, which has been devastated by a civil war. The country has boosted security on the border by building concrete walls.

Meanwhile, authorities did not say whether he was a member of a terrorist group, but it is suspected that he might be linked to Daesh.

The terrorist group counts a large number of Chechen nationals and other foreign fighters among its recruits.

Omar al-Shishani, an ethnic Chechen hailing from Georgia, who was killed last year, is believed to have been second in command in the Daesh terrorist group.

As many as 1,338 suspects, including 694 foreigners, were arrested in Turkey last year for having links to the Daesh terrorist group. Additionally, a total of 339 major terror plots were prevented as a result of the seizure of 247 explosives and 61 bomb vehicles in 2016.

Following a New Year's attack at a popular Istanbul nightclub where 39 people were killed by a Daesh gunman, Turkey launched nationwide operations that have netted hundreds of suspects.

The Turkish military has also killed a large number of militants through Operation Euphrates Shield in Syria, where the Free Syrian Army (FSA) was being supported by the Turkish Armed Forces (TSK) in its fight to retake towns captured by the terrorist group.