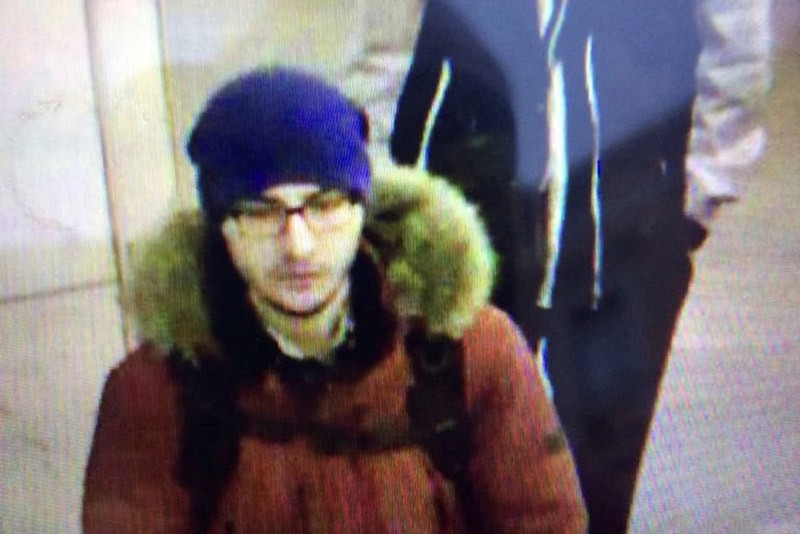 According to official sources, both the Uzbek national suspect, Rakhmat Akilov, responsible for the Stockholm terror attack and the St. Petersburg metro attacker, Akbarzhon Dzhalilov, were initially deported from Turkey over alleged affiliations to Daesh as foreign fighters.

Speaking on the condition of anonymity, an Uzbekistan security source told Russian agencies that Akilov had tried to travel to Syria in 2015 to join Daesh where he was detained at the Turkish-Syrian border in 2015 and deported back to Sweden.

Similarly, Turkish security officials told the Associated Press on Thursday that Dzhalilov was deported from Turkey in 2016 for violating the country's visa laws.

Early on April 8, Akilov, a 39-year-old Uzbek national, rammed a truck into a crowd of civilians in the Swedish city of Stockholm, killing four people and injuring 15 others. He later confessed to the "terrorist crime."

Sources said the Uzbek authorities had also added Akilov to an international wanted list in late February on suspicions of "religious extremism."

Following the deadly attack, the Swedish government commissioned a fast-track review on Wednesday to tighten counterterrorism laws, including a ban on terrorist group memberships.

In addition to the Stockholm attack, a deadly blast, on April 3 in a metro train in Russia's second-largest city, killed 14 people and wounded dozens. Dzhalilov, a 22-year-old native of Kyrgyzstan, blew himself up on a busy subway line in St. Petersburg, killing himself and 13 others.

Turkish security officials also told the Associated Press yesterday that Dzhalilov had entered Turkey in November 2015 on a tourist visa and was deported to Russia in December 2016 for violating Turkey's visa laws. He was fined and barred from re-entering Turkey for 120 days, the official said.

Similarly, Ibrahim El Bakraoui, 29, one of the two brothers identified by Belgian authorities for being responsible for the attacks that killed more than 30 people and wounded over 270 in Brussels in March of last year, entered Turkey on June 11, 2015 and was detained by Turkish authorities on June 14. He subsequently got deported on July 14, 2015, a senior security source previously told Daily Sabah.

The official added that it was another Belgian national, who was born in 2006, with the same name and a different passport number who entered Turkey on July 8, 2015 and left on July 25, 2015.

"The Belgian embassy was notified on July 14, 2015 about the deportation of the attacker, who was later released in Belgium," President Recep Tayyip Erdoğan stated following the incident, adding that Belgium was not able to find the suspect's terror links, despite Turkey's warnings.

Turkey maintains determined efforts in its counterterrorism operations, not only domestically but also internationally. In that respect, as part of the biggest countrywide crackdown operation against Daesh, hundreds of people linked to the terrorist group were detained in February as anti-terror police stormed places where suspects were staying.

The Daesh terrorist group has frequently threatened Turkey. One of the most recent threats was a video showing a hooded man with a backpack passing by police cars and popular landmarks in Istanbul where the group carried out its first major attack in the country on January 2016, killing a group of German tourists near the famous Blue Mosque.

Since Daesh emerged as a terrorist group in war-torn Syria, Turkey has detained over 5,000 Daesh suspects and deported over 3,290 foreign terrorist fighters originating from 95 countries and refused more than 38,269 individuals' entry to Turkey.