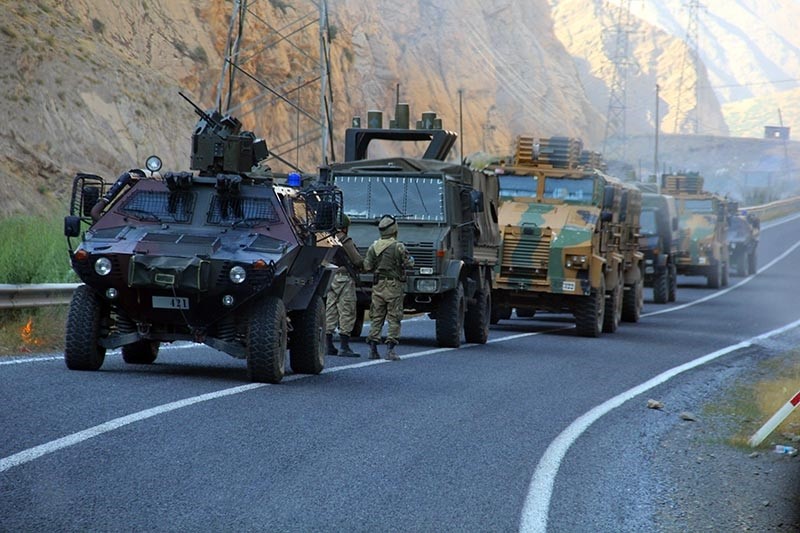 Security forces were reportedly conducting search on the road leading to the village of Kaçıt when an explosion occurred, taking the lives of a sergeant and a village guard.

According to initial reports, the PKK has detonated an improvised explosive device (IED).

Ambulances have been dispatched to the area as it is assumed that several people were wounded.

Security forces have launched an air-supported operation to capture the terrorists.

The Turkish government has intensified its counter terror operations following the recent attacks carried out by the PKK, which is recognized as a terrorist organization by the U.S., the EU and Turkey.