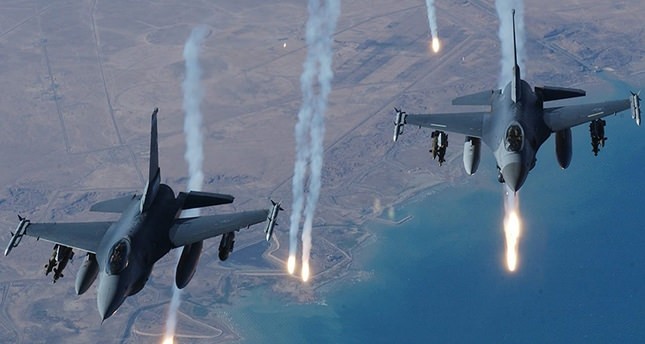 According to military sources, three shelters and an ammunition depot belonging to PKK terrorists in the Metina region were destroyed in airstrikes.

The operation was conducted between 5.15 p.m. and 5.40 p.m. and the jets have returned to their bases safely, the sources added.

The Turkish government has intensified its counter-terror operations against the PKK, which is recognized as a terrorist organization by the U.S., the EU and Turkey.

Formed in 1978, the terrorist group had been fighting the Turkish government for an independent state until the early 2000's. The group then shifted its goal to autonomy in the predominately-Kurdish regions of Turkey.