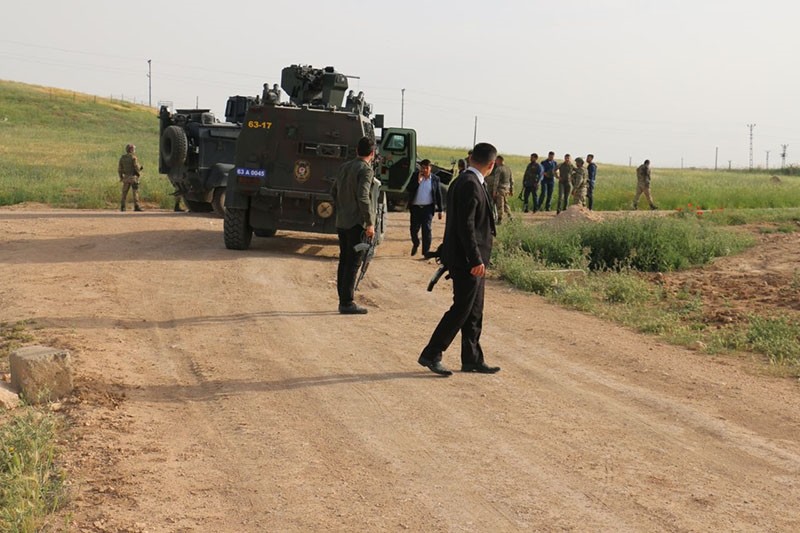 The PKK terror group's Syrian wing the People's Defense Forces (YPG) on Thursday attacked the Turkish military with mortar and missile fire from the Syrian border town of Tal Abyad.

A mortar round landed on a tank stationed near a military outpost located between the Turkish districts of Suruç and Akçakale, facing the Syrian districts of Kobani and Tal Abyad across the border. No damage or injuries were reported on the Turkish side.

Turkish units stationed in the area responded with artillery and tank fire.

Later on the same day, military sources stated that YPG terrorists had attacked 11 Turkish border stations 13 times. The Turkish military retaliated in kind immediately to the attacks, the sources added.