Over 100 PKK, YPG terrorists killed in airstrikes in southeastern Turkey, Iraq and Syria 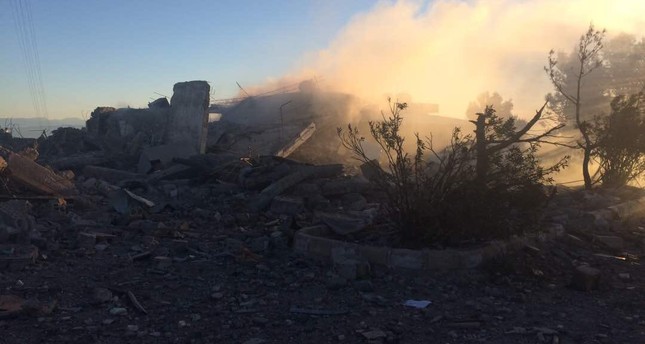 More than 100 terrorists from the PKK terror group and its Syrian wing's armed forces, the People's Protection Units (YPG), were killed Saturday in separate Turkish airstrikes against PKK elements based in the Sinjar region of northern Iraq and YPG targets in Karachok Mountain in northeastern Syria and southeastern Turkey, the Turkish military said in a statement.

The PKK, which is designated a terrorist organization by Turkey, the U.S., and EU, resumed its armed campaign against Turkey in July 2015, and has since been responsible for the deaths of approximately 1,200 security personnel and civilians, including women and children. Over 12,000 PKK terrorists are estimated to have been killed in the same period.

Share on Facebook Share on Twitter
Previous in War On Terror U.S. Special Forces that advise and assist the YPG-led Syrian Democratic... Next in War On Terror President Recep Tayyip Erdoğan warned Saturday once again that Turkey...
DAILY SABAH RECOMMENDS