Turkish police detain over 2,600 terror suspects in a week 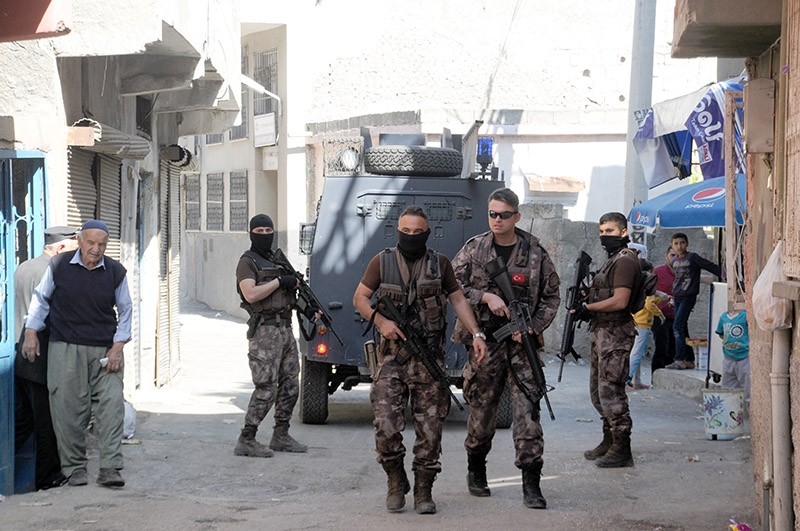 Just over 2,600 suspects linked to the Gülenist Terror Group (FETÖ) and the PKK were detained over the past week, Turkey's interior ministry said Monday.

Turkish security forces conducted 579 operations against the PKK between April 24 and 30.

The ministry said 38 terrorists had been killed over the past week in anti-terrorism operations nationwide.

According to the statement, there were high-ranking suspects among the deaths.

FETÖ is accused of orchestrating the coup attempt of July 2016, which resulted in 249 deaths and thousands of injuries, as well as the bombing of vital government buildings, including the parliament.

The PKK is listed as a terrorist organization by Turkey, the U.S. and the EU. It has waged a terror campaign against Turkey for more than 30 years, during which more than 40,000 people have lost their lives.

The security forces also conducted 556 anti-drug operations in 70 provinces in an effort to curtail terrorist financing.

During the operations, officers seized various amounts of narcotics including cocaine, heroin and marijuana.

Meanwhile, 2,084 irregular migrants were detained over the past week including 336 at sea. Police arrested 50 people on suspicion of organizing human trafficking.

According to the statement, 31 people were also arrested for making "terror propaganda" on social media.