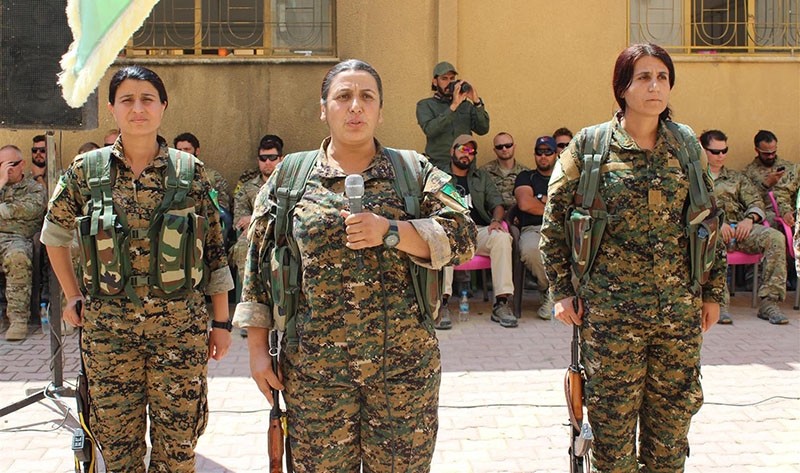 The images were taken on Friday in the predominantly Kurdish town of Hasakah, which is under the control of the YPG group. Some 250 female Kurdish and Arab militants, who were trained in YPG's main base in Karachok Mountain, participated in the ceremony. U.S. soldiers tried to maintain a low profile during the ceremony and watched it behind SDF commanders.

Turkey has long warned the U.S. and the anti-Daesh coalition to terminate its support for the YPG. Despite obvious links between the YPG and the PKK, which the U.S. recognizes as a terrorist group, the Coalition provided growing support to the YPG in the pretext of fighting Daesh.

Following Turkey's air strikes, U.S. soldiers and armored vehicles were seen patrolling the border with YPG militants, while U.S. flags were hoisted in buildings near the border. The U.S. acknowledged their presence for assessing the cross-border fire in the region.