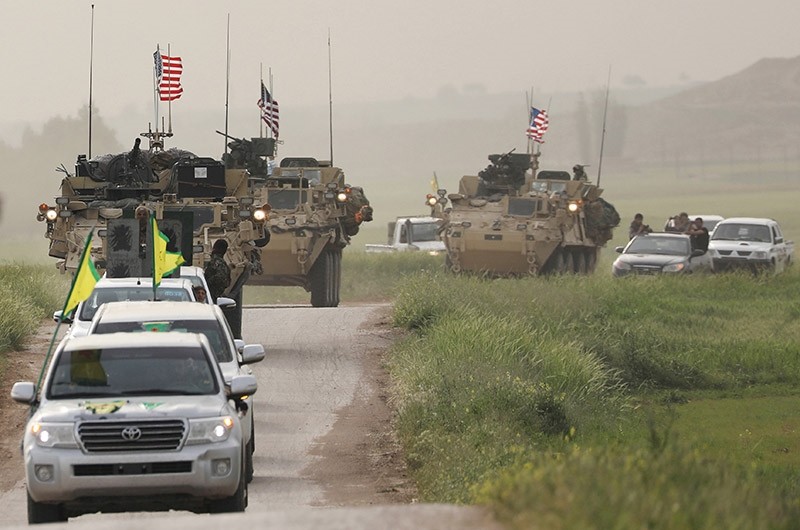 Kurdish fighters from the People's Protection Units (YPG) head a convoy of U.S military vehicles in the town of Darbasiya next to the Turkish border, Syria April 28, 2017. (Reuters Photo)
by Daily Sabah May 10, 2017 12:00 am

The list of weapons was reportedly given to Sputnik by an anonymous YPG official, who stated that the group was lacking heavy weaponry, adding that the U.S. was planning to dispatch the military equipment in the near future.

The U.S. decision to use the YPG "to ensure a clear victory" over Daesh in Syria's Raqqa has drawn harsh criticism Turkish politicians.

Prime Minister Binali Yıldırım said Wednesday that Turkey cannot accept "direct or indirect" support for the PKK and organizations which share organic ties with the terror group, adding that the U.S. had still an opportunity to take Turkey's sensitivities into consideration.

Also commenting on the latest U.S. move, Defense Minister Fikri Işık said that arming the YPG would have calamitous consequences in the region, while Foreign Minister Mevlüt Çavuşoğlu stated that every weapon obtained by the YPG in northern Syria constitutes a threat to Turkey.