US envoy seen beside most wanted PKK terrorist in 2016 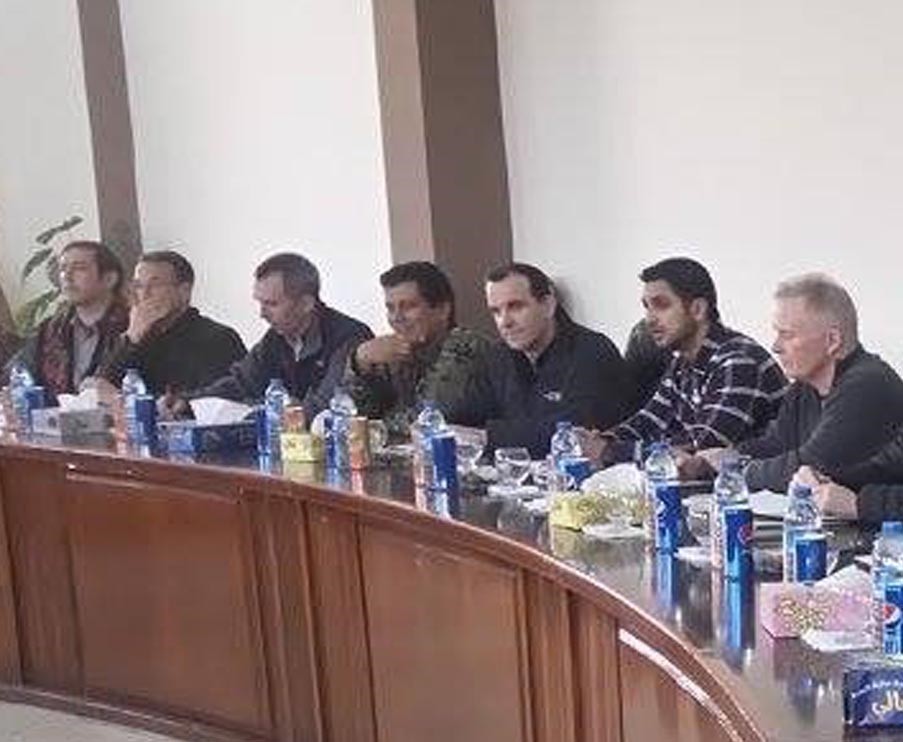 The U.S. special presidential envoy for the Global Coalition to Counter Daesh, Brett McGurk, held a meeting last year with representatives from the PKK's Syrian offshoot the Democratic Union Party's (PYD) armed wing, the People's Protection Units (YPG), along with Kobani local authorities. The committee visited the cities of Mosul and Irbil and later traveled to Kobani in a visit that was widely shared on Kurdish websites and social media accounts with photographs. The meeting is gaining widespread attention due to circulated photos of McGurk sitting right next to senior PKK militant Abdi Ferhad Şahin, who goes by the alias "Şahin Cilo," and who is currently on the list of the Turkish Interior Ministry's most wanted terrorists with a TL 4-million ($1.14 million) bounty on his head.

Representatives of the YPG and the Kobani Canton were also present at the meeting, which reportedly continued Wednesday, with reports indicating the meeting focused primarily on the struggle against Daesh and the arming of the YPG.

Şahin is a PKK member who was formerly responsible for the PKK's European operations back in 1998 when the group's leader Abdullah Öcalan was expelled from Syria. He was also in Kobani during the reconciliation process that was unilaterally broken by the PKK.

Meanwhile, last month Şahin was seen in a photograph standing next to a U.S. commander in Syria's Karachok region, which was bombed in Turkish counter terror operations against the PKK.

Following Turkey's counter terror operation in northern Syria's Operation Euphrates Shield, U.S. commanders visited the area accompanied by the so-called spokesman of the YPG Redur Xelil, along with senior PKK militant Şahin who was seen briefing U.S. commanders with the help of an interpreter during the tour.

Around 70 PKK terrorists and YPG militants were killed in Iraq's Sinjar and in northern Syria in Turkish counter terror operations. The U.S. later issued a statement expressing "serious concern" regarding Turkey's counter terror operations in the region, implying that the U.S. finds the deaths of YPG terrorists worrisome, saying: "The airstrikes led to the unfortunate loss of life of our partner forces in the fight against Daesh, including the Kurdish peshmergas."

Correction: The previous version of the article said the meeting took place this week, we apologize for the inconvenience.