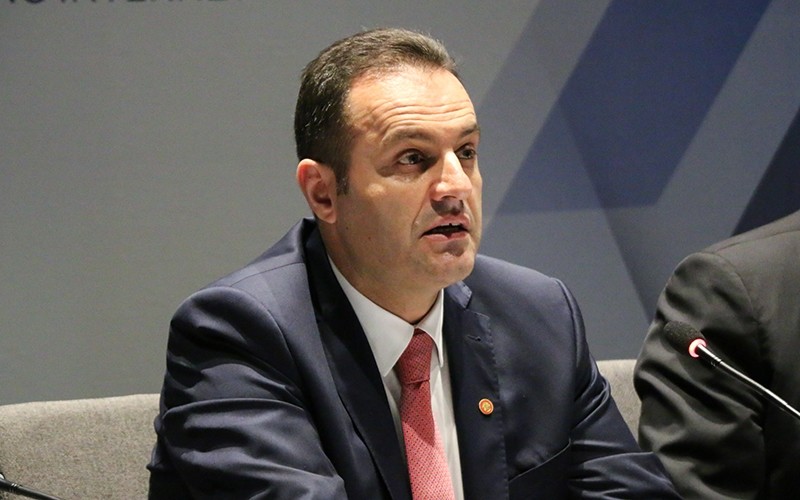 Albania will launch an official investigation against putschists linked to the Gülenist Terror Group (FETÖ), which is accused of perpetrating the deadly July 15 failed coup attempt in Turkey, reports said Tuesday.

Albanian Chief Prosecutor Adriatik Llala told reporters that they believe some of the suspects who participated in the coup attempt are hiding in the country.

"Albanian authorities will launch a probe in this regard" he said.

The prosecutor noted that Turkey has supplied information regarding the coup attempt during an international conference focusing on techniques to fight criminal organizations.

He also noted that Turkey has requested Albania's cooperation to find FETÖ suspects hiding in the country.

"Turkish authorities suspect that individuals involved in the coup attempt may be hiding in the country posing as businesspeople" Llala said, adding that the probe will be conducted in line with Albanian laws.

Following the coup attempt, several military officers supporting the putsch fled abroad while some deployed abroad in NATO missions sought asylum from countries they were stationed at when Turkish police issued arrest warrants for them.

For instance, eight pro-coup troops hijacked a military helicopter and fled to Albania's southern neighbor Greece when the coup attempt was foiled.

Greece has refused to extradite them to Turkey, to the chagrin of Ankara which seeks the extradition of putschists abroad, including Fetullah Gülen, the leader of FETÖ, from the United States.
FETÖ is accused of orchestrating the coup and executing it with top generals loyal to the group who infiltrated into the army.

The terrorist group maintains a worldwide network of schools and companies.
FETÖ has the strongest network in Albania among all Balkan countries, Turkey's ambassador to Albania, Hidayet Bayraktar, has said in a recent interview with Anadolu Agency.

Bayraktar said schools form the backbone of the FETÖ's presence in Albania.
He said FETÖ had benefited from the vacuum in education in the country following the collapse of communism in the region in 1992 and currently operates 12 schools in Albania.

"This organization is an expert in abusing goodwill, conspiracy and fraud. They are showing their expertise in Albania," he said.

Bayraktar has also said that FETÖ members try to maintain good relations with influential circles to hide their true face. He said the terrorist group was doing clandestine work in Albania by hiding under the cover of education.