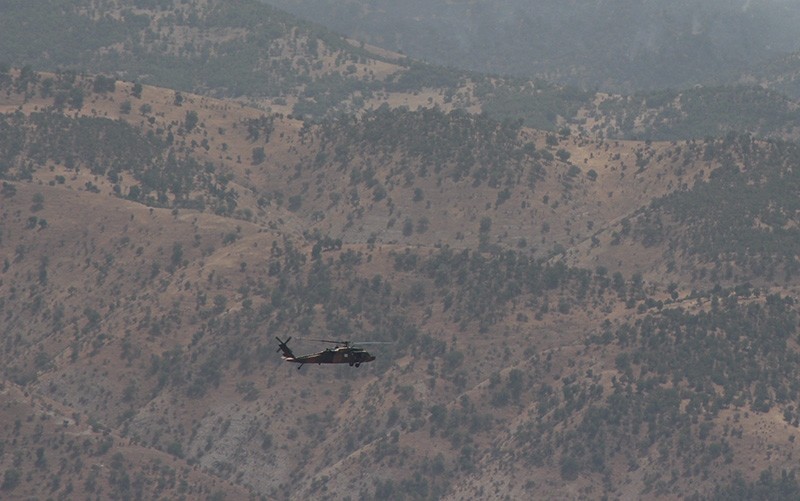 At least 23 PKK terrorists have been killed in airstrikes in Turkey's east and northern Iraq in the last 24 hours, the Turkish military said Sunday.

In a statement, the military confirmed that 10 terrorists were killed, three weapons depots and a hideout were destroyed in eastern Turkey's Van province Saturday night.

Another 13 terrorists, preparing to carry out attacks, were killed in northern Iraq's Avaşin-Basyan region. Seven hideouts, including two caves, two blockhouses, two weapon pits and a shelter used by the PKK were also destroyed in the region early Sunday, the military said.

The PKK, listed as a terrorist organization by Turkey, the U.S. and EU, resumed its nearly 40-year-long armed campaign against the Turkish state in July 2015, unilaterally violating a cease-fire.

Since then, over 600 security personnel, including troops, police officers and village guards, have died in PKK attacks, while more than 7,000 terrorists have been killed in different operations carried out across Turkey and northern Iraq.