'I fought coup plotters from the start on July 15', Turkish Chief of Staff Akar says 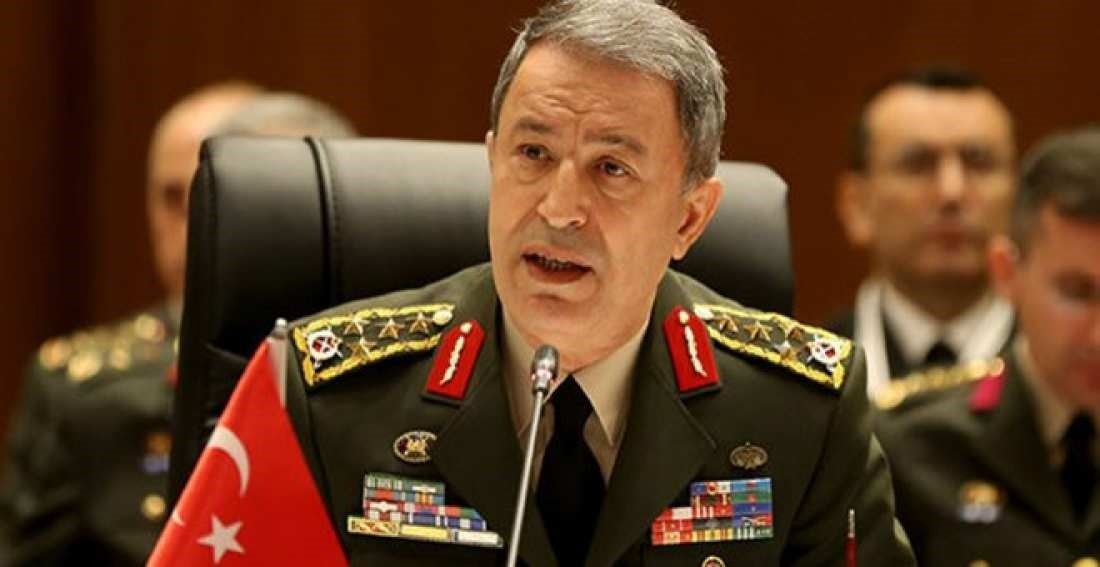 'I fought coup plotters from the start on July 15', Turkish Chief of Staff Akar says

Turkey's Chief of General Staff Gen. Hulusi Akar said that he fought against the coup plotters from the first moment the attempted coup began on July 15, 2016. A parliamentary commission is tasked with investigating last year's July 15 failed coup attempt perpetrated by the Gülenist Terror Group (FETÖ), led by U.S.-based Fetullah Gülen. On Tuesday, the head of the parliamentary committee Reşat Petek revealed Akar's answers to the committee's questions. According to his answers, Gen. Akar objected to the coup plotters immediately. "There were no negotiations whatsoever with the coup plotters from the first moment," Akar said.

Responding to a question about whether the intelligence received from the Turkish National Intelligence Organization (MİT) was regarding a possible coup attempt or a raid against the MİT, Akar said: "The intelligence received was not regarding a coup but rather an operation against the chief of the MİT. However, we were receiving a number of reports on abductions, suicide and possible operations against several individuals. Thus, we have taken wide measures against a possible bigger threat when considering the above mentioned reports."

Responding to a question about whether he received any report from the MİT that considered FETÖ a threat and whether he took any preventative measures against FETÖ members who infiltrated the armed forces, Chief of Staff Akar said that they contacted the Security General Directorate and MİT and asked for detailed security checks on all generals, admirals, and colonels and those whose promotion will be considered at the Supreme Military Council (YAŞ).

Meanwhile, Major Gen. Mehmet Dişli yesterday in his defense denied claims that he is a member of FETÖ. Charged with being one of the alleged members of the "Peace at Home Council" that staged the coup attempt on July 15, Dişli refuted his supposed taking part in the deadly event.

Gen. Akar responded to Dişli's claim, saying that he was with him throughout the night of the coup attempt. Dişli previously said that he was a victim rather than a perpetrator. He contended that he and Akar managed the crisis from the very beginning of the attempt.

Last week the commission presented a report on the failed July 15 coup attempt, which blames Gülen for carrying out a secretive decades-old campaign to overthrow Turkey's democratically elected government and seize power in the country. The head of the parliamentary committee, Reşat Petek, said that there is no doubt that FETÖ, led by U.S.-based Gülen, was behind last year's failed military coup, calling Gülen a "fraudster" who has been preparing for a takeover for the past 50 years. Petek told reporters the report reveals that Gülen's movement "was behind the July 15 event with clarity and certainty," after evaluating all evidence and documents. Gülen has "committed forgery numerous times, but he never went through an investigation. He attained his green [Turkish] passport with the fake documents he collected," Petek said, adding that "documents and evidence collected by our commission confirm that."