Turkey will not stay silent on a terror state being founded in northern Syria, Erdoğan says 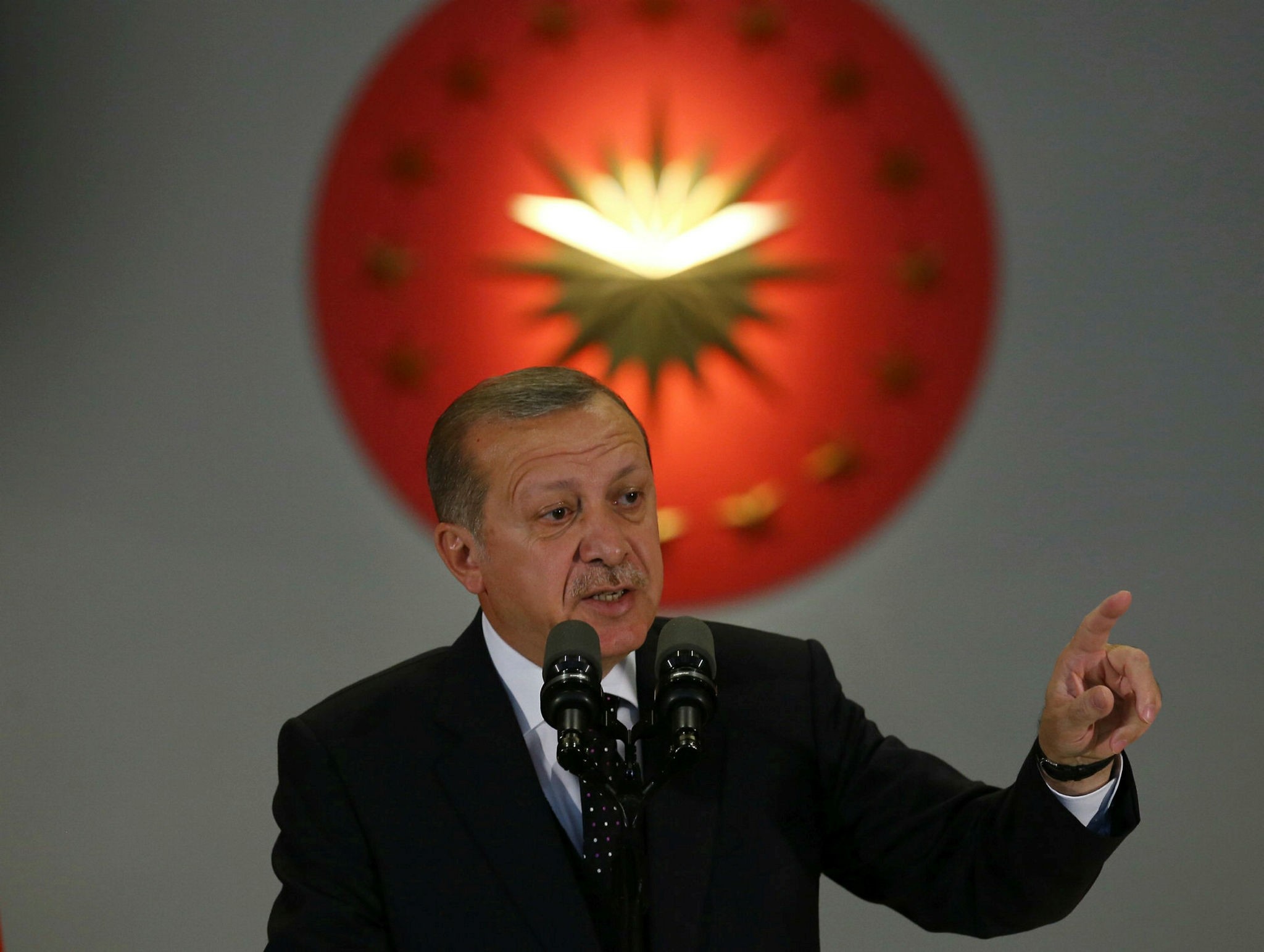 President Recep Tayyip Erdoğan said late Thursday in a meeting with village headmen in the Presidential Complex that Turkey would not stay silent on a "terror state" being founded in northern Syria.

Referring to the PKK's Syrian affiliate, the Democratic Union Party (PYD) and its armed wing People's Protection Units (YPG), Erdoğan said that Turkey would make its borders and its hinterland safe from terror. "Those expecting to see us stay silent on a terror state being founded before our eyes will be sorry," he said, adding, "Such attitude will mean they have not understood Turkey's character and stance."

"Once upon a time, they succeeded in hindering our anti-terror operations via their middlemen embedded in our security forces, but those days are over," the president stated, in an open reference to the Gülenist Terror Group (FETÖ).

Erdoğan also touched upon the U.S.' protective attitude toward the leader of the Gülenist cult, Fetullah Gülen, who is a fugitive living in self-imposed exile in the foothills of Pennsylvania's Pocono mountains since 1999.

"The U.S. must immediately extradite this terrorist leader and review its stance on several terrorist groups," Erdoğan said, this time criticizing the U.S. for its support to PYD terrorists, which the country does not consider to be a terrorist group.

The U.S. recognizes the PKK as a terrorist group but fails to classify the PYD as such. Even though several U.S. officials have confessed the PYD's close ties to the PKK, Washington continues to support the group.