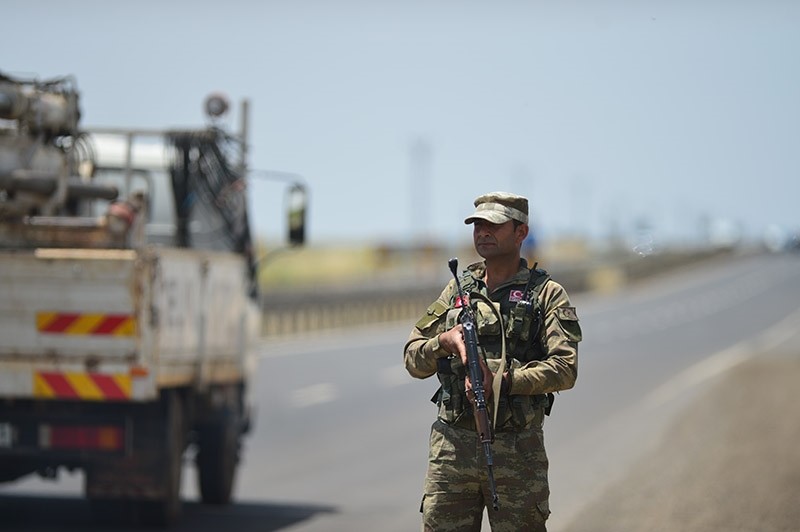 At least 92 PKK terrorists including a senior figure have been killed in anti-terror operations in Turkey's southeast in a week, the military said in a statement Friday.

According to the statement, the operations were carried out between May 25 and June 1, 2017, and focused on the weapons, hideouts and other tools used by the terrorists.

A senior figure, who is allegedly responsible for the terrorist group's operations in Tunceli's Ovacık district and is a Syrian national, was killed during the operations.

Fifty-five hideouts, including shelters, caves and storage used by the terrorists have also been destroyed in the operations.

Meanwhile, Turkish border patrol prevented the illegal crossing of 8,138 people as part of stricter controls to prevent the flow of terrorists.