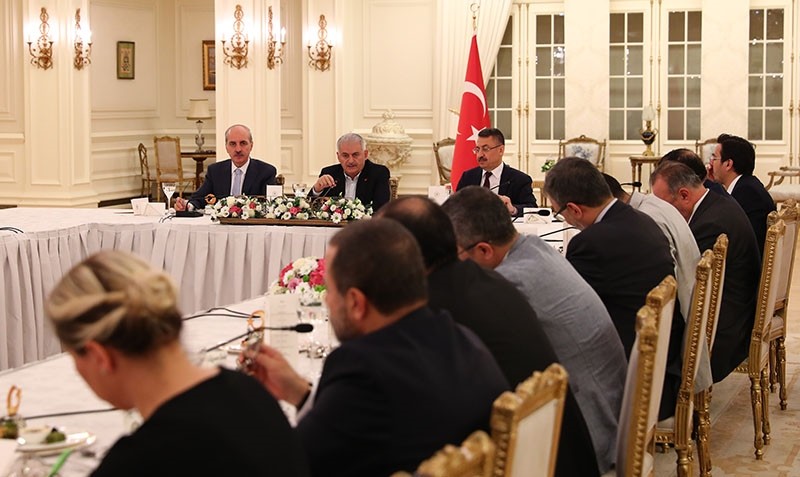 Speaking at a fast-breaking dinner with media representatives and correspondents, Yıldırım stated that the U.S. informed Turkey in advance of the planned operation.

"It is no secret that Turkey does not approve the method of the U.S. to drive Daesh out of of Raqqa," Yıldırım said, noting that U.S. officials told their Turkish counterparts that cooperation with PKK's Syrian offshoot Democratic Union Party (PYD) and its armed wing People's Protection Forces (YPG) is a tactical decision out of necessity and that it will not last in the long term.

Yıldırım said U.S. officials assured that the weapons handed to the YPG would not get in the hands of terrorists to be used against Turkey, once the Raqqa operation is finished. "They specifically told us that they will be monitoring these," Yıldırım said.

The prime minister noted that terror groups threatening Turkey, including PKK/PYD/YPG, Daesh or DHKP-C, continue to remain a target, and Turkey would not hesitate to take the necessary steps for the security of its citizens, as it has done in the past.