PKK recruitment dips with no let-up in anti-terror operations 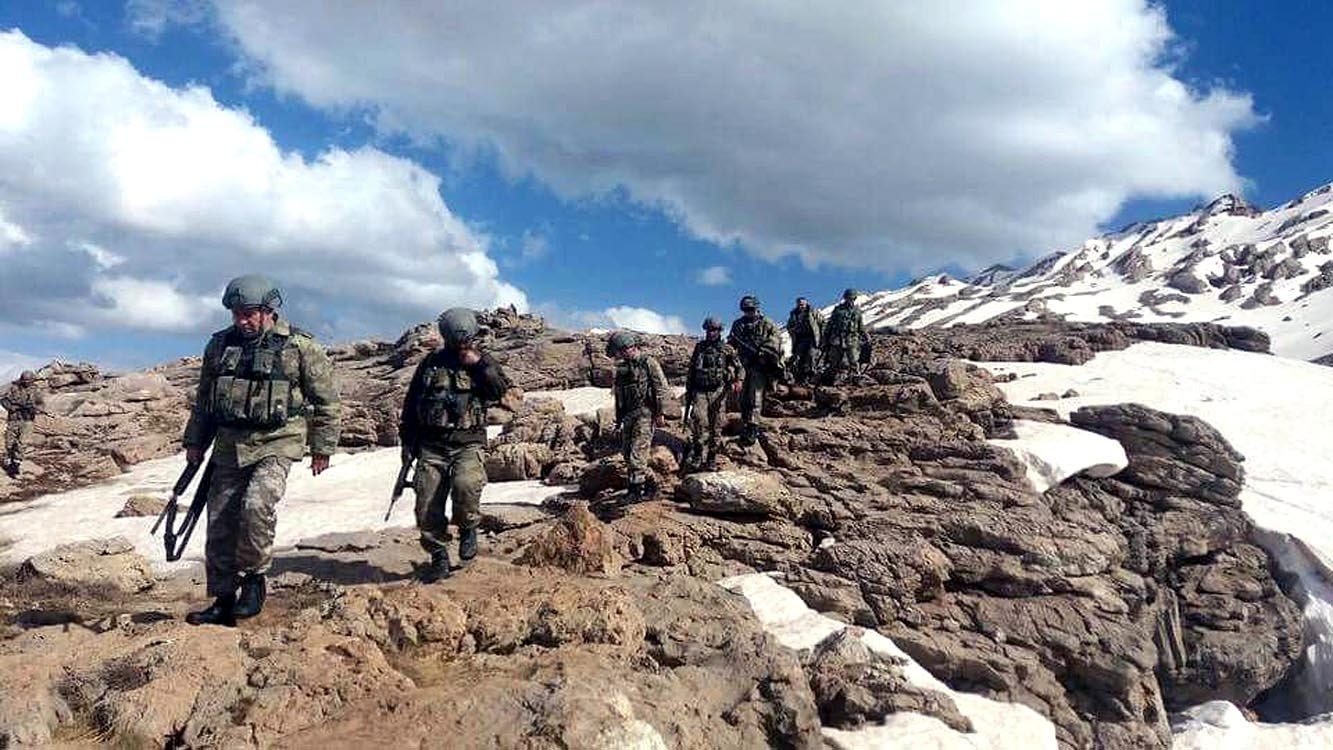 As Turkish forces continue military operations against the PKK, particularly in the southeastern part of the country, the terror group was only able to recruit 41 militants in the first four months of 2017, corresponding to a 90 percent drop compared to last year

The Turkish Armed Forces (TSK) continued its counterterrorism operations against the PKK throughout the spring, killing 274 terrorists in May alone, causing the number of militants recruited by the group to dip, the Interior Ministry said.

According to the Interior Ministry, Turkish military killed at least 274 PKK terrorists in May, while the number of people joining the PKK ranks in the first four months of 2017 dropped by almost 90 percent, compared to the same period the last year.

While the PKK was able to recruit only 41 militants over the course of the first four months this year, that number was 415 in the same period last year. Furthermore, some 229 terrorists surrendered to Turkish security forces over the last four months.

Security forces also detained 423 terror suspects. 146 of them were arrested later on.

Meanwhile, the counterterrorism operations in May resulted in the deaths of some high ranking terrorists, including Mehmet Füdeyil Aydın, codenamed Roni. He was among the killed in an operation carried out in the Kızılmescit region of the Pülümür district of eastern Turkey's Tunceli.

Another high-ranking PKK terrorist was killed in eastern Ağrı province along with eight others. In addition, a member of the terror group, responsible for the Tunceli's Ovacık district was killed in another operation.

On the other hand, 13 Turkish security forces were killed, and 46 injured taking part the operations.

The Turkish military has been carrying out operations in the Kato Mountain in southeastern Turkey's Şırnak. The mountain used to be a safe haven for the PKK. But, the group was dealt a heavy blow there since operations began around two months ago.

Military sources claimed that Turkish forces seized over 200 AK-47 long-barreled assault rifles, thousands of rounds of ammunition, and a huge cache of other weapons and explosives on the 19th day of the operation against the outlawed PKK.

The operation uncovered what authorities believe to be one of PKK's main arms depots in the country. In addition, two major arsenals belonging to the group was destroyed in May.

He noted that the operation was conducted after detecting some terrorist positions in surveillance images.

"Eight terrorists were killed and the security forces are in pursuit of another militant," Doğan added.