Experts: US weapons in the hands of PKK, YPG threaten Turkey, region 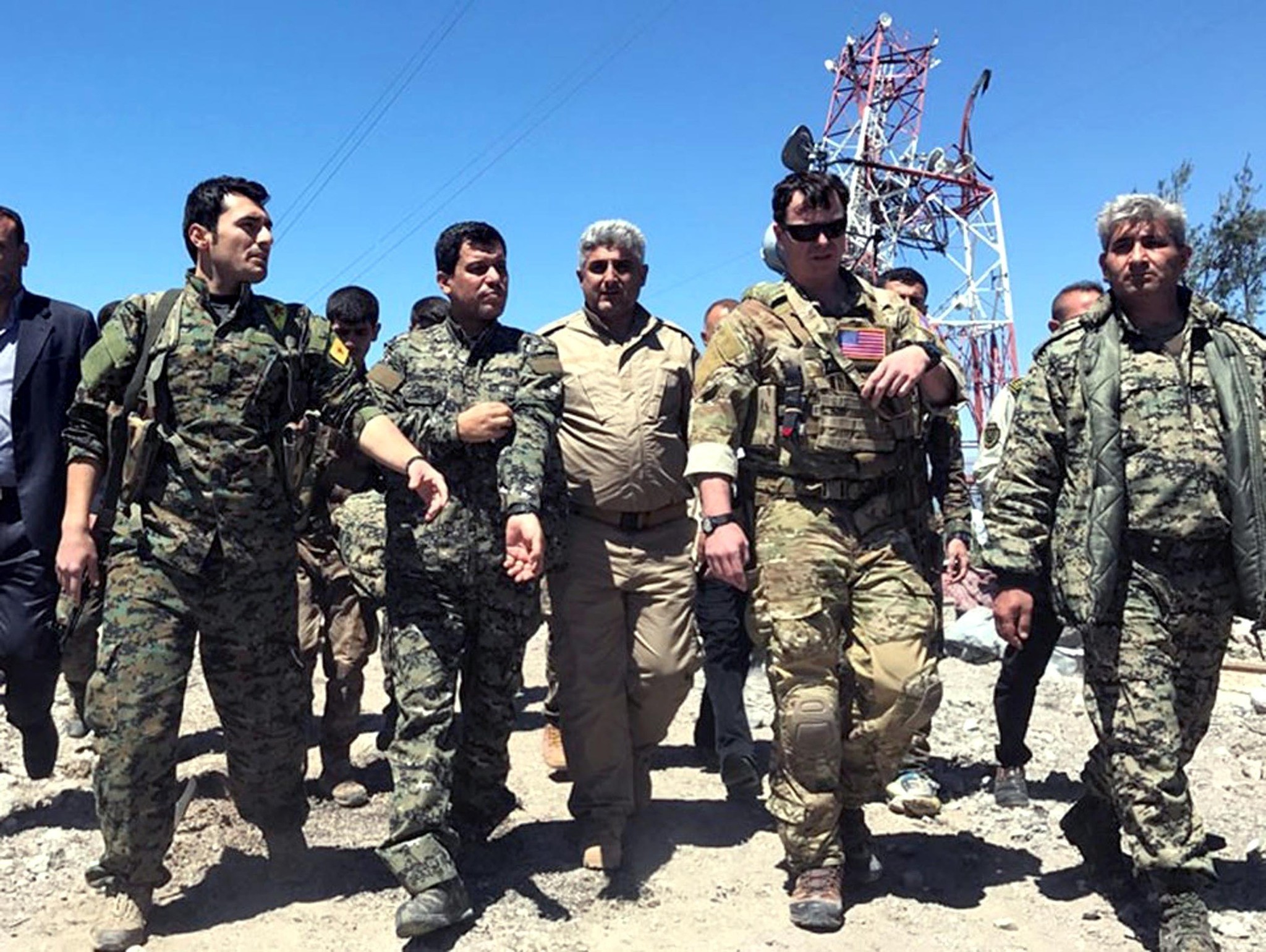 The weapons Washington has given to PKK-affiliated groups in Syria have caused trouble in relations between the two NATO allies, as Ankara has concerns the terrorist group may sneak the weapons into Turkey and use them against security forces, as during counterterrorism operations in 2015

The Turkish Sabah daily reported Wednesday that the PKK had snuck weapons into Turkey in the summer of 2015 after it unilaterally broke a lengthy cease-fire with the Turkish state, turning urban areas into battlefields and posing a grave threat to the region.

Haldun Yalçınkaya, an associate professor at the TOBB University of Economics and Technology who specializes in security operations and international relations, told Daily Sabah that the weapons obtained by the PKK are a primary concern for the Turkish military.

"These weapons threaten the security of the Turkish military. The PKK's capacity to use rocket launchers and missiles is dangerous," Yalçınkaya said.

With wide-ranging counterterrorism operations underway in southeastern Turkey, Turkish security forces managed to seize tons of weapons supplied to PKK-affiliated YPG by the U.S., a strong NATO ally to Turkey in the region.

Interior Minister Süleyman Soylu had previously said that the weapons were being placed in the hands of terrorist groups by their "allies" and they were being used against Turkish security forces. "Those who act like our allies and friends supply weapons to the [YPG's armed wing, the Democratic Union Party] PYD. You would be baffled if you saw the weapons seized in the caves [used by the PKK]. The weapons get in the hands of the PKK and are being used against us," Minister Soylu said in April.

Washington has supplied all of the said weapons to the YPG and they ultimately ended up in the hands of PKK terrorists.

Abdullah Ağar, a military veteran and security expert, told Daily Sabah that the U.S. is taking a leap towards a terrorist state in the region that "serves its goals and interests."

The security expert contended that Washington supplied weapons previously as well, noting, "However, the U.S. has now made it official. This means that the U.S. recognizes this terrorist group in a political context."

Washington's open show of support for PKK-affiliates in Syria surfaced in media outlets in October 2015 after the U.S. Air Force dropped 50 tons of weapons, ammo and grenades to the YPG in northern Syria's Hasakah province, along with 112 pallets which reportedly contained ammunition for M-16s and AK-47s.

The Turkish government blasted the U.S. administration at the time, warning it about potentially grave consequences. However, Washington's attitude has remained relatively unchanged despite the administrative changes in the Oval Office.

Newly elected U.S. President Donald Trump signed an order in early May to supply heavy weapons to the YPG in the fight against Daesh to take control of Syria's Raqqa. The supply of weapons has already been underway and the YPG has kicked off an offensive to "liberate" Raqqa of Daesh, according to Prime Minister Binali Yıldırım who spoke on Sunday. Ankara is expressing its frustration as its concerns have fallen on deaf ears in Washington, where lawmakers are ignoring the concerns of decades-long NATO ally Turkey. President Recep Tayyip Erdoğan said Tuesday night that Washington will realize its mistake in giving arms to the PKK's affiliates in Syria "very soon."

"Those who whitewash terrorist groups by labeling them as militant forces instead of displaying a [unified] stance against them just because [these militants] serve their regional policies will understand very soon that they have made a fatal mistake," the president said.

Regarding the consequences of indiscriminately providing a terrorist group with heavy weapons, Ağar argued that the PKK has begun to pose a threat to civilians in the region. "The PKK discriminates against the people and is solidifying its influence with these weapons," the academic said, adding that the weapons are given to the PKK "under the pretext of fighting Daesh."

Yalçınkaya underscored that it is "unacceptable" for Ankara that the PKK terrorist organization is being given "weapons and ammunition that directly threaten the lives of security forces."

According to a report by the U.S. Office of the Secretary of Defense, a fiscal request issued by the Overseas Contingency Operations (OCO) for Syria operations totaled roughly $1.5 billion in 2017. Weapons, ammunition and other equipment were included in the budget and the total cost in 2018 is estimated to reach $1.77 billion. The list includes M16 rifles, M14 sniper rifles, armored vehicles and more. "The FY 2018 presidential budget request totals $1.769 billion, including $1.269 billion for Iraq's T&E activities and $0.5 billion for Syria T&E activities," the report says.

Meanwhile, the PKK's suicide team, TAK, openly threatened Turkey with further terrorist attacks across the country in a written statement on Tuesday. The group previously claimed the twin bombings in Istanbul's Maçka Park on Dec. 9, 2016, which left 48 people dead, as well as a car bombing targeting off-duty soldiers in the central Anatolian province of Kayseri on Dec. 17, 2016, which killed 14 people.