Hard times ahead for FETÖ in Africa, the Balkans 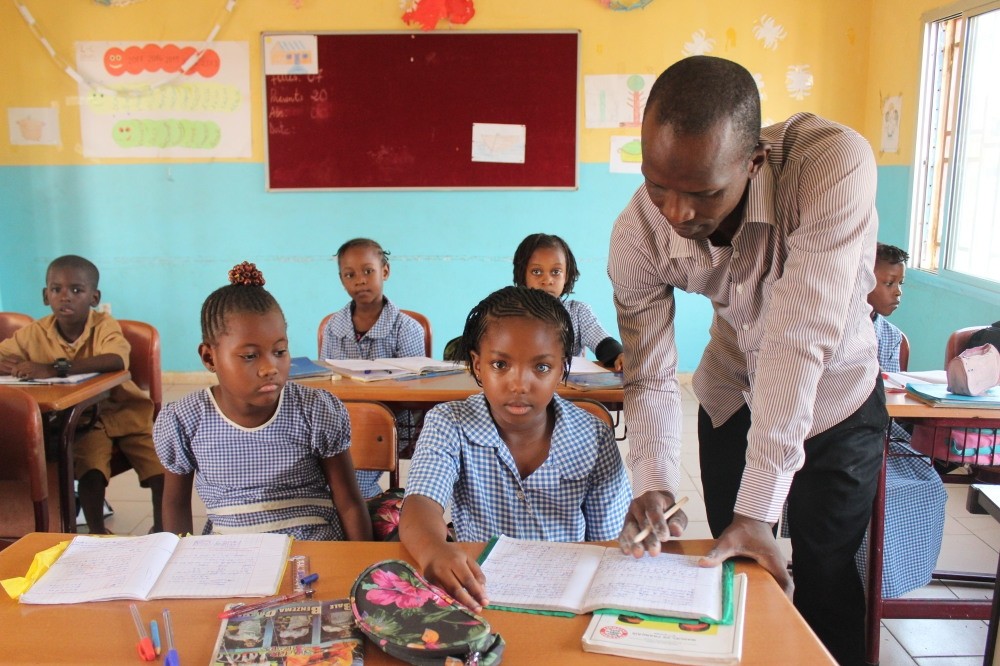 Student at a Maarif school in Guinea, which was the first country to hand over the FETu00d6 schools to Maarif Foundation.
by Mustafa Kırıkçıoğlu Jun 10, 2017 12:00 am

The network of the Gülenist Terror Group (FETÖ) in the Balkans and African countries has recently taken a hit as many countries in these regions are now handing over FETÖ-linked schools, tools used in the terror group's organizations worldwide. Simultaneously, the same countries have already launched investigations against FETÖ members following failed coup attempt in Turkey on July 15.

While 19 African countries handed over FETÖ schools to Turkey's Maarif Foundation (TMV) or closed them upon Ankara's request, the first investigation into the terror group in the Balkan countries, an area often referred to as FETÖ's stronghold, was recently announced in Albania. The announcement was regarded as a signal of the beginning of the end of the FETÖ network in the region.

Considerable number of FETÖ schools handed over to Maarif in Africa

The Maarif Foundation has been carrying out intense negotiations with African countries since the July 15 coup attempt for the transfer of FETÖ-linked schools.

"Most of the countries where we are carrying out negotiations have already closed or handed over the schools to us. We are continuing with talks in 10 states," Akgün said.

The foundation already took over schools and started education in the five African countries of Guinea, Niger, Somalia, Sudan and Democratic Republic of Congo.

Additionally, an agreement was also reached regarding the closure or takeover of FETÖ schools in Senegal, Mauritania, Chad, Gabon, Burkina Faso, Djibouti, Burundi, Sao Tome, Congo and Madagascar, while negotiations with the Cote d'Ivoire, Ghana, Ethiopia, Uganda and Central African Republic are in their final stages.

Akgün said the Maarif Foundation was not founded solely to fight FETÖ schools and organizations abroad, but also to spread Turkish values and support its presence via new Turkish schools.

"We are not a profit-oriented company or a state institution that forces these countries to hand over the schools. We are just an NGO that aims to open new education institutions all over the world," he said, referring to ongoing talks with countries from Europe and the Far East to open new schools.

First action against FETÖ in Balkans taken in Albania

In late May, Anadolu Agency (AA) reported Adriatik Llalla, the prosecutor general of Albania, confirmed an investigation would commence against the FETÖ members involved in the failed coup attempt that were suspected to have fled and hid in Albania with the goal of reorganizing.

With the investigation, Albania is likely to lose its safe haven and escape route status for FETÖ members. It is also expected to be the beginning of the end for the terrorist group, which has had long-term activity in the country.

Akgün said that the Albanian prosecutor general's move is significant as the first action taken in the Balkan countries against the terrorist group's network and that they are "closely following the process."

"In the eyes of the public, Turkey's rightful demand for the closure of FETÖ schools after the coup attempt unquestionable. On the other hand, political and legal procedures, unfortunately, not are processing as quickly as we would like. However, we are following the whole process," he added.

The Albanian investigation is expected to become an example for Macedonia and Kosovo in relation to the FETÖ structure in those countries. Kosovo is specifically targeted due to its lack of memberships in international security associations, including INTERPOL, making it a popular place for terrorist group members to hide.

Twelve schools in Albania, seven in Macedonia and six in Kosovo linked with the group exist, according to AA.

Even though no actions have been taken against FETÖ schools in these countries, the Maarif Foundation has opened new schools in Kosovo and Bosnia-Herzegovina, which will start functioning in next academic year. The nongovernmental organization has also continued talks with Romania and Macedonia to establish new education centers.

Deputy Prime Minister Numan Kurtulmuş on Thursday asked Ghana to stop the activities of the Gülenist Terror Group (FETÖ) in the country.

Speaking of the FETÖ presence in many African countries, Numan Kurtulmuş said: "We have asked them to limit FETÖ activities in their country and to isolate the terrorist group, which has harmed Turkey."

His remarks came as he received the Ghanani minister and presidential spokesman, Mustafa Abdul-Hamid, Thursday at the Prime Ministry office in Istanbul where Kurtulmuş informed the minister of FETÖ's global network that includes hundreds of schools.

At Thursday's meeting, the two discussed improving bilateral relations in economy, trade and culture according to Kurtulmuş, who added that Ghana is a strategic partner for Turkey.

"We are planning to organize a Turkey-Ghana business forum," he said while voicing ministerial expectations for increased trade volume between the two countries.

Abdul-Hamid said Ghana prioritizes the continuation of the Turkey-Ghana friendship.

Turkish relations with African countries have gained significant momentum since Turkey declared itself a strategic partner of the Continent by the African Union in January 2008. Turkey further bolstered its Africa policy in 2013.

President Recep Tayyip Erdoğan had a five-day visit to Africa in January this year, when he and a delegation traveled to Tanzania, Mozambique and Madagascar, where he signed a number of economic and trade deals.