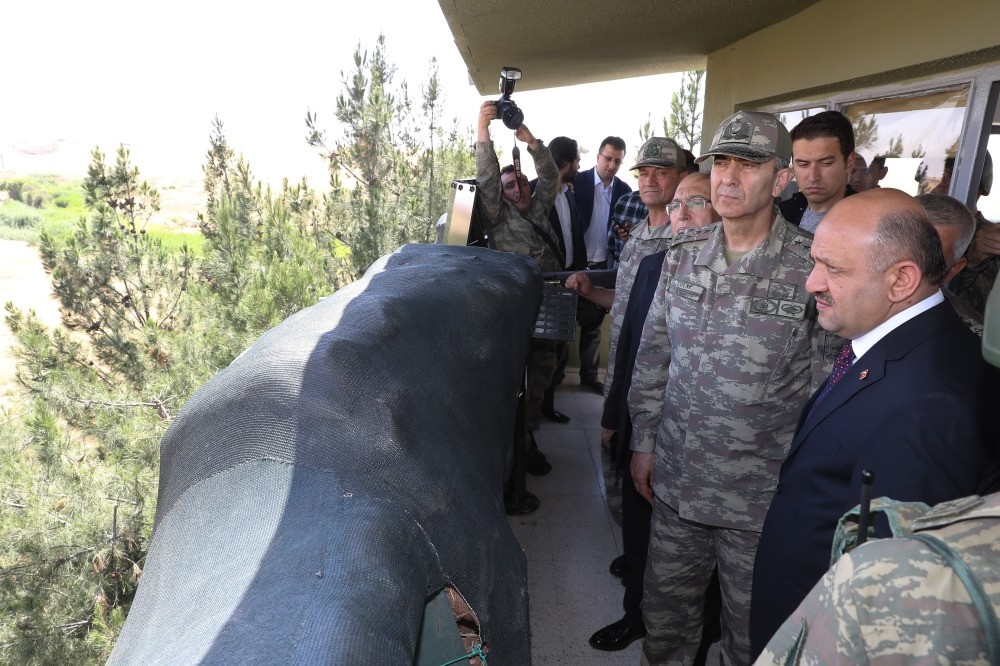 Turkish Minister of National Defense Fkri Işık stated yesterday that an integrated system will be established along Turkey's border with Syria, Iran and Iraq.

Speaking before the Justice and Development Party (AK Party) group meeting, Işık said that the system will not only include lighting but also fiber optical sensors, cameras, wide-band surveillance, balloons and unarmed aerial vehicles to complete a fully integrated technological system. Minister Işık also noted that pilot implementation of the system will begin soon.

"A length of 700 kilometers of the 828-kilometer wall along the Syrian border has already been built. The entire length of the wall which lies along the Syrian border will be completed by the end of next month," Işık said, indicating that the integrated system aims to take measures at the moment of approaching the border rather than questioning whether or no one crossed the wall.

"With the integrated border security system, Turkey will benefit from more opportunities of the technology," Işık said, while indicating that the level of morale among soldiers working along the border remains very high.

He also expressed that there has been a delay at some points in construction of the wall due to mines and handmade bombs (IED). "The [PKK] terrorist organization lays down EYP's now because the wall will be finished soon. Up to this point, we have already cleaned more than a thousand IED's, which led to a delay in construction," Işık added.

Işık reminded that another wall will be built on the Iraqi border. However, he said that it is not certain at the moment on whether there will only be a wall or also an integrated system to support it.