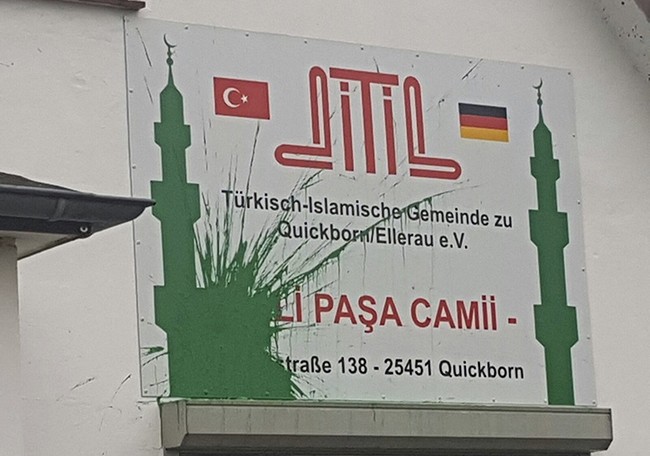 Belgium, France, Germany, Italy, Romania and Switzerland are the countries where the PKK openly conducts propaganda and fund-raising activities, according to the publication titled "The European Union Terrorism Situation and Trend Report 2017."

"Turkish properties and institutions were damaged by incendiary devices. In one arson incident, the damage amounted to at least 2 million euros," said Europol.

The terrorist group enjoys powerful organization and support in France, Italy and Switzerland, the report revealed.

"In France, it operated a legal front, which includes the Conseil Kurde de France (CDK-F) and the Centre d'information du Kurdistan (CIK), and a clandestine branch aimed at collecting funds, using violence in some cases," the report said.

"In France alone, the fundraising campaign is believed to have yielded 5.3 million euros," it said.

Europol said that Italy reported recruitment among Kurdish migrants to join Kurdish militia in conflict zones or to become PKK activists in Europe.

Meanwhile, Switzerland told Europol that the PKK were maybe running a number of ideological training camps for its youth in remote pre-Alpine areas during the second half of 2016."

The report revealed that the Revolutionary People's Liberation Party/Front (DHKP/C), a Marxist-Leninist terror group in Turkey, has a broad network in several EU member states and "provides financial and logistical support to operatives in Turkey."

Though the group has ceased its operations in the EU, it "remained active in Turkey and carried out five attacks, targeting police, judicial and government employees," according to the report.

"The DHKP/C has never conducted attacks in the EU but retains a network in several EU member states that provides financial and logistical support to operatives in Turkey. Its structures in the EU operate partially under the cover of legally established associations. In 2016, one Dutch citizen was arrested in Germany on charges of terrorism financing connected to the DHKP/C," the report said.

The Europol noted other terrorist activity across the 28-member block, saying that 142 victims were killed and 379 others injured in terrorist attacks.

"In 2016, a total of 142 failed, foiled and completed attacks were reported," according to the report.

Founded in 1978, the PKK resumed its decades-long armed campaign against the Turkish state in July 2015.

Since then, more than 1,200 people, including security force personnel and civilians, have lost their lives, while the terrorist group has lost some 10,000 militants, who were either killed or apprehended in anti-terror operations by Turkish security forces.