Turkey will not hesitate to launch new operations in Syria if it faces new threats, Erdoğan says 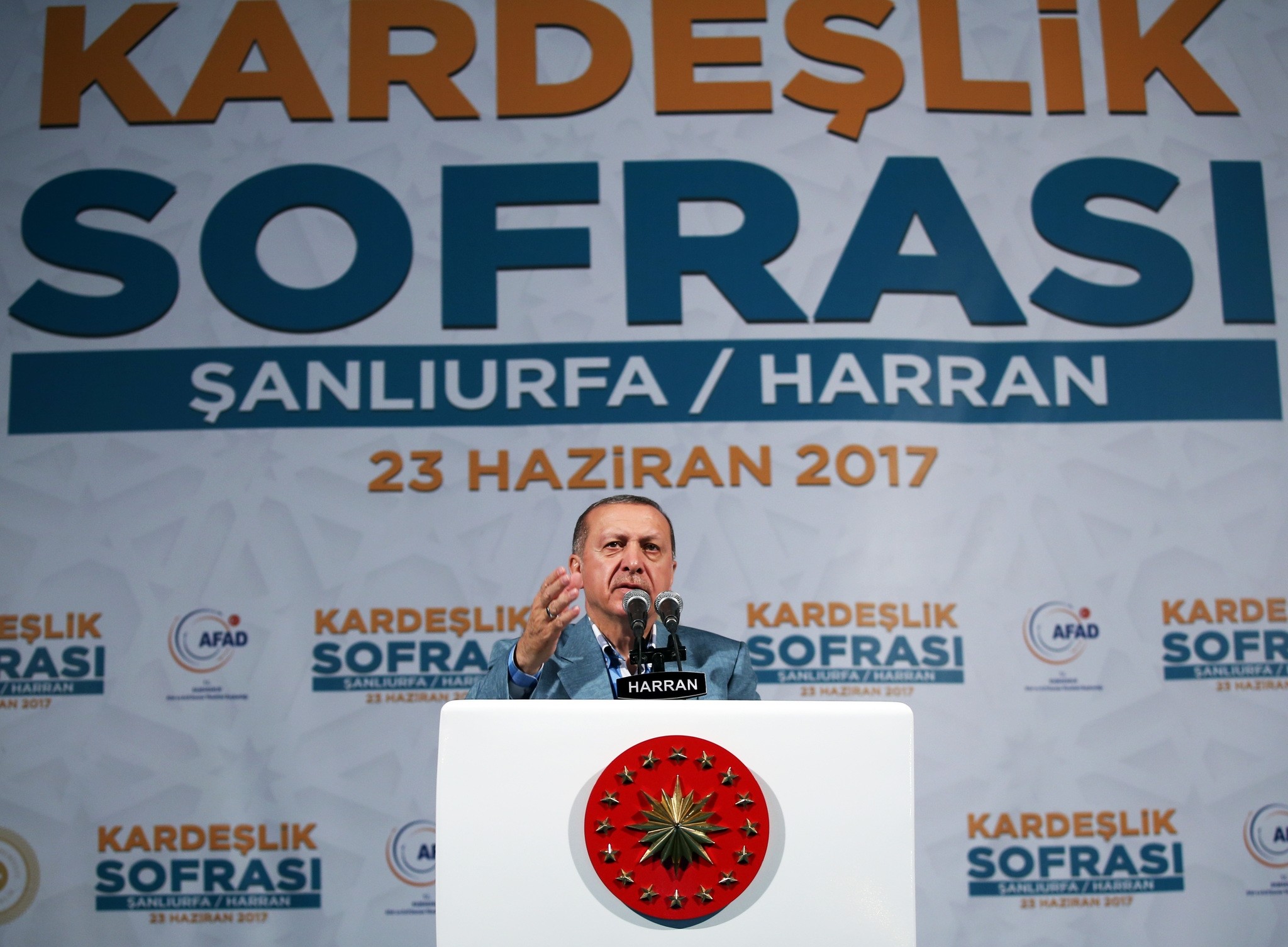 President Recep Tayyip Erdoğan said on Friday that it will not hesitate to carry out further operations like the Euphrates Shield in northern Syria, or retaliate if it faces a threat from the YPG terrorist group.

Speaking at an iftar program in southeastern Şanlıurfa province on the Turkish-Syrian border, Erdoğan reacted to the U.S.'s decision to partner up with the PKK's Syrian affiliate the Democratic Union Party's (PYD) armed wing the People's Protection Units (PYD) militia.

"We told our strategic allies to build cooperation with us in the fight against Daesh but they choose to operate with terror groups," he said.

Turkey considers the PYD and its YPG to be Syrian affiliates of the PKK, a proscribed terrorist organization according to the U.S., Turkey and the EU. The U.S. and EU do not share this opinion.

Continuous U.S. support for the YPG has caused tensions in ties between Washington and Ankara. The U.S. says that supporting the YPG is the only option to defeat Daesh.

The president said, from now on, Turkey will "exercise its rights under the rules of engagement", without consulting anyone, if it faced a new threat.

Turkey launched Euphrates Shield operation inside Syria last year, backing the Syrian opposition with tanks, air strikes and special forces to sweep Daesh from its southern border and stop the advance of the YPG.