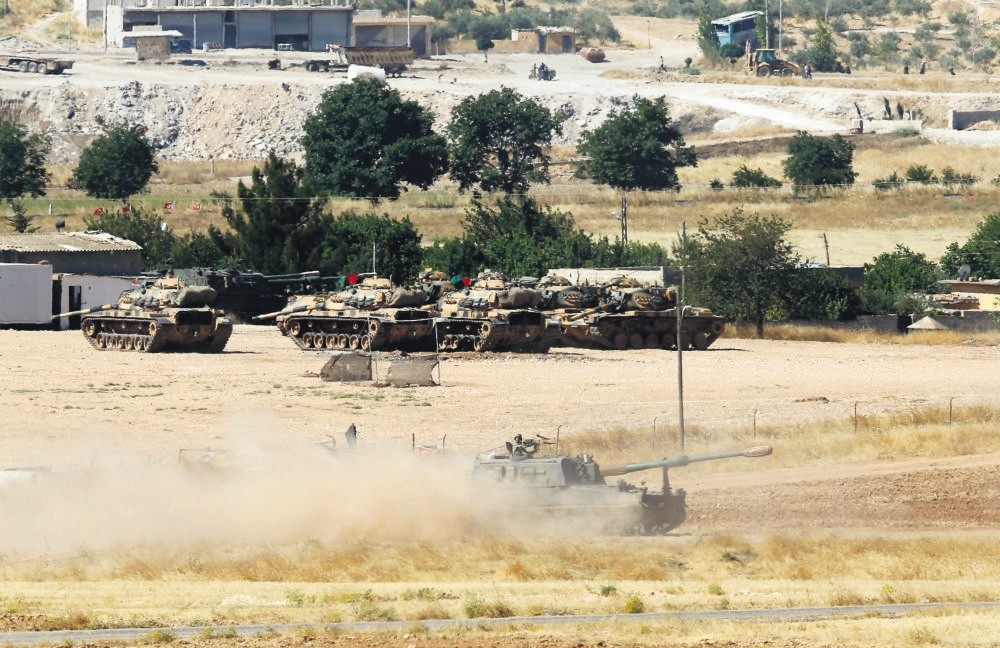 Battling multiple terrorist groups, Turkey pays a heavy price, with the 2017 Global Peace Index finding that terrorism costs the country nearly $200 billion every year, putting it in 146th place out of 163 countries.

Aimed at clearing Daesh from its borders, Turkey launched Operation Euphrates Shield on Aug. 24, 2016. The operation carried out in Syria was to bolster border security, support coalition forces and eliminate the threat posed by terrorist organizations, especially Daesh.

The Turkish military has also been fighting the outlawed PKK for decades in the country's southeast and northern Iraq. The conflict with the terrorist group has so far claimed the lives of some 30,000 people.

Meanwhile, the index said: "The world slightly improved in peace last year, but has become less peaceful over the last decade."

Iceland topped the list of countrie,s followed by New Zealand, Portugal, Austria, and Denmark, all of which rank highly in the 2016 Global Peace Index as well.

The index also found that in 2016 alone economic impact of conflict stood at an estimated $14.3 trillion, or 12.6 percent of the combined global GDP.

In the meantime, it pointed out that global peacefulness has declined 2.4 percent over the last decade, because of the growing instability and wars in the Middle East and Africa.

"Conflict in the Middle East and North Africa (MENA) has been the main driver of this fall, leading to large increases in battle deaths, deaths from terrorism, and the number of refugees and IDPs [internally displaces people] in the world." It said.

"MENA is the least peaceful region in the world for the fifth successive year. Saudi Arabia, followed by Libya, recorded the largest deteriorations in the region. Saudi Arabia fell because of its involvement in the Syrian and Yemen conflicts and increased terrorist activity, mainly conducted by Daesh and its affiliates, while the fall for Libya was due to its increased level of internal conflict," the index said with regards to the deterioration of the situation in the MENA region.

While the Middle East and African continent remained the most dangerous and unstable regions in the world, Europe once again came out as the most peaceful region.

The Global Peace Index is "produced by the Institute for Economics and Peace (IEP), ranks 163 countries covering 99.7 percent of the world's population. The index gauges global peace using the three domains of the level of safety and security in society, the extent of domestic or international conflict, and the degree of militarization."