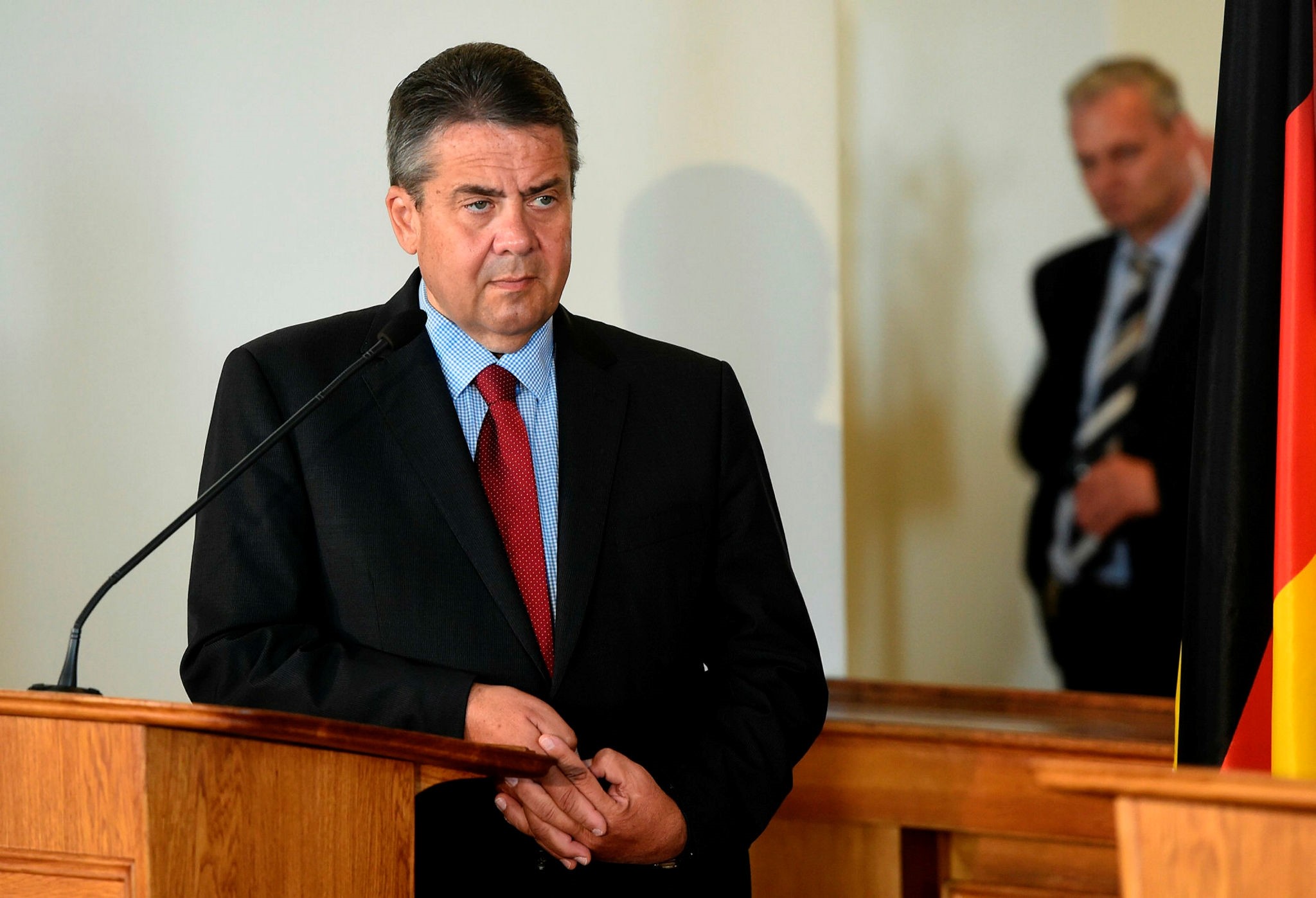 "I think Turkey is right when it warns us and says we should not allow the PKK to carry out propaganda activities in public," Gabriel told reporters in a news conference at the Foreign Ministry on Friday.

"I also think that it is unacceptable to ban public appearances of Turkish politicians, but at the same time [we] allow posters of Mr. Öcalan," he said, referring to rallies of PKK followers in Germany, in which they use flags of PKK and PYD terrorist groups and its so-called chief, Abdullah Öcalan.

Germany outlawed the PKK in 1993, but authorities have been reluctant to take strong measures against the propaganda, funding and recruitment activities of the group, which is also listed as a terrorist organization by the EU and the U.S.

Berlin's reluctance in combating PKK activities in the country has been the source of major dispute between Turkey and Germany, and the issue was recently raised by President Recep Tayyip Erdoğan during his meeting with Gabriel in Ankara early this month.

The top German diplomat said on Friday the PKK was not only a threat for Turkey, but also Germany.

"The PKK was banned in our country in the early 90s, not only for what it did in Turkey, but also due to its involvement in extortion, drug trafficking, arms trade in our country; [and] due to the threat for citizens who came from Turkey to Germany," he said.

The PKK has more than 14,000 symphatizers in Germany, and raised more than €13 million ($14.3 million) in 2015, according to reports by the German domestic intelligence agency, the BfV.

German courts opened more than 4,000 cases against PKK suspects since 1993, but German authorities often turned down extradition demands by Ankara.

Gabriel argued that German government have no influence on the decisions of independent courts and urged the Turkish side to send "legally-sound evidence" to their German counterparts.