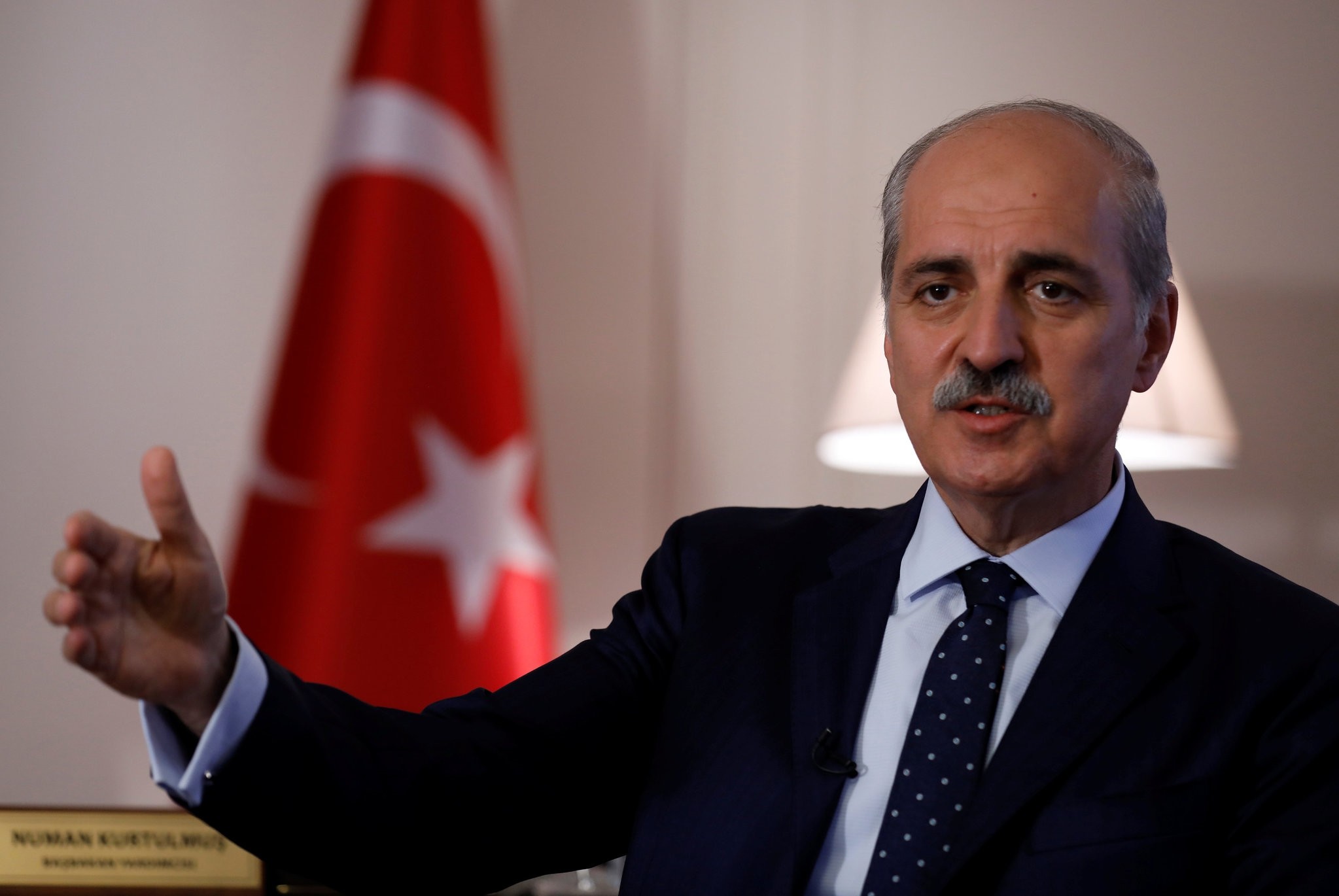 Kurtulmuş was responding to the head of the YPG militia, who told Reuters that Turkish military deployments near northwestern Syria were 'a declaration of war' which could trigger clashes within days.

The YPG is a major part of the U.S.-backed campaign to capture Daesh's stronghold of Raqqa. It also controls a pocket of territory in Afrin, about 200 km (125 miles) west of Raqqa.

"This is not a declaration of war. We are making preparations against potential threats," Kurtulmuş said in an interview. "It's a legitimate measure so that we can protect our independence. We cannot remain silent against those sending missiles from Afrin."

Turkey's military, which launched an incursion last August into part of northern Syria which lies between Afrin and a larger Kurdish-controlled area further east, has said that it has returned fire against members of YPG militia near Afrin several times in the last few weeks.

"Their (YPG) primary goal is a threat to Turkey, and if Turkey sees a YPG movement in northern Syria that is a threat to it, it will retaliate in kind," Kurtulmuş said.

"This isn't a fantasy for us...it is an indispensable approach to protect Turkey's border security."

Presidential Spokesman İbrahim Kalın had also voiced the same concerns on Monday, saying that the Turkish military would not hesitate to retaliate if there was a terrorist threat from the Afrin region or elsewhere.

The Turkish defense ministry said last month the Pentagon had sought to give assurances that Washington would retrieve weapons provided to the YPG after Daesh fighters were defeated. Turkey says that is not credible.

"There has never been an incident where a group in the Middle East has been armed, and they returned the weapons," Kurtulmuş said. The United States "have formed more than a terrorist organization there, they formed a small-scale army."

He also warned the YPG not to try to drive out Arab or Turkmen residents from the town of Tel Rıfaat, which is close to Afrin and controlled by YPG and Arab allies in the U.S.-backed SDF.

"The majority of Tel Rıfaat is Arab and Turkmen, and if the PYD says it will capitalize on (its control), then this means ethnic cleansing, and this will not benefit Syria," he said.