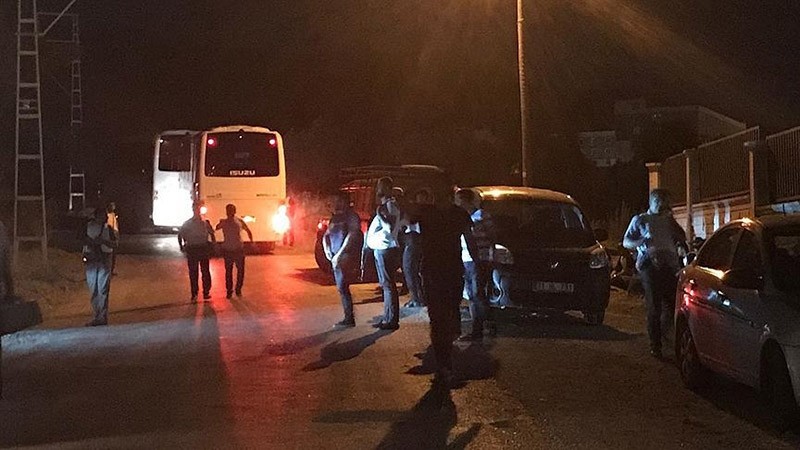 Two police officers were killed, another police was injured after PKK terrorists opened fire near a checkpoint in Turkey's southern Hatay province near the Syrian border, reports said Monday.

The incident took place Sunday night near Tayfur Sökmen District Traffic Directorate, where police were carrying out regular checks on vehicles passing by.

PKK terrorists opened fire during the checks and fled the scene after police responded to the fire.

Officers injured in the attack were immediately taken to the hospital by ambulances but two of them succumbed to their wounds, while the other one remains in critical condition, a statement by Hatay Governorate said.

Police made a blockade around the area following the attack and launched a citywide operation to capture the terrorists.

The vehicle used by the terrorists was reportedly found abandoned in Alahan district and police investigation continues.