Turkey's fight against terrorism did not stop after July 15, Interior Minister Soylu says 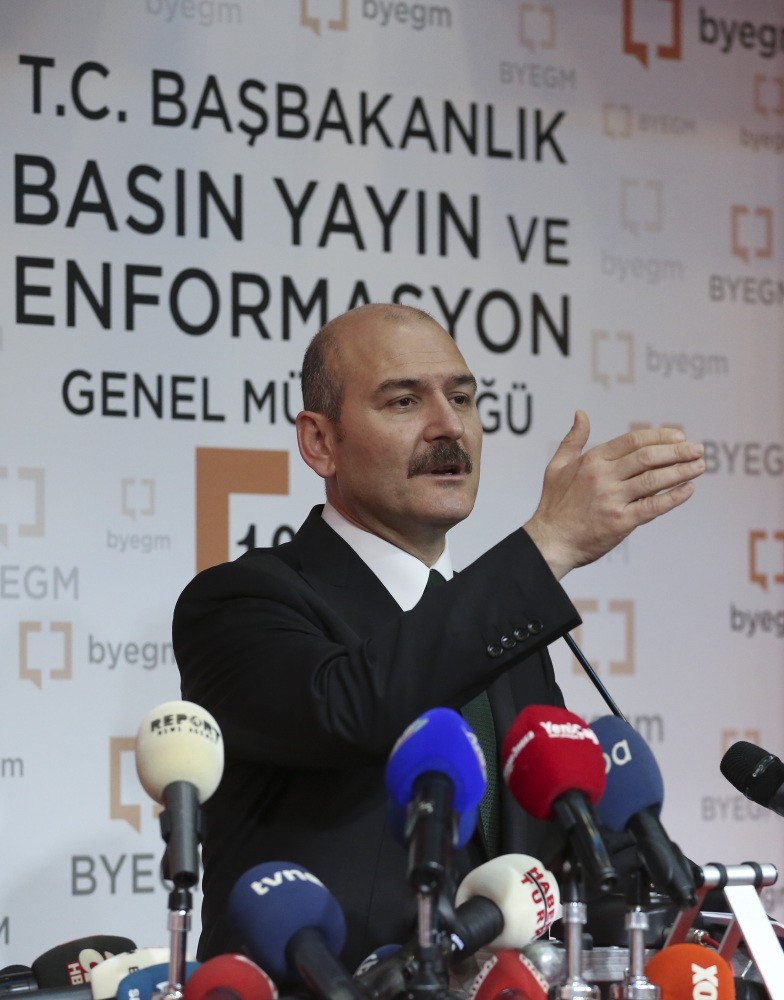 Interior Minister Süleyman Soylu said on Tuesday that Turkey's fight on terror did not stop after last year's July 15 coup attempt, on the contrary, it boosted its anti-terror efforts.

Inaugurating a photo exhibition titled "July 15 Treacherous Coup Attempt in Photos," Soylu spoke of the importance of being one nation and reminded of the price Turkey paid to be so.

"It's not easy being one nation. It comes at a price. It requires a lot of sacrifices, martyrs and wounded veterans," said Soylu.

He said the July 15 coup attempt, perpetrated by the Gülenist Terror Group (FETÖ), was the latest price the Turkish nation paid to uphold its sovereignty and democracy.

''On July 15 the Turkish nation reminded once again what they can do for their country and democracy. It was a test for our nation, and the nation paid a price to protect its democracy," said Soylu.

"Since enduring through the difficult situation on July 15 we have continued the fight against those who perpetrated this treacherous coup attempt. We promise to continue this fight at any cost," he said.

Meanwhile, the organizer of the event, General Director of Press and Information Mehmet Akarca said, the Turkish nation paid a heavy price to defend its democracy on July 15. "Our nation paid 249 martyrs for democracy on July 15. I sincerely believe that from now on Turkey will be stronger and our country will take its place among the world's leading countries," Akarca said.