US military publication uses terrorist with PKK patch on cover 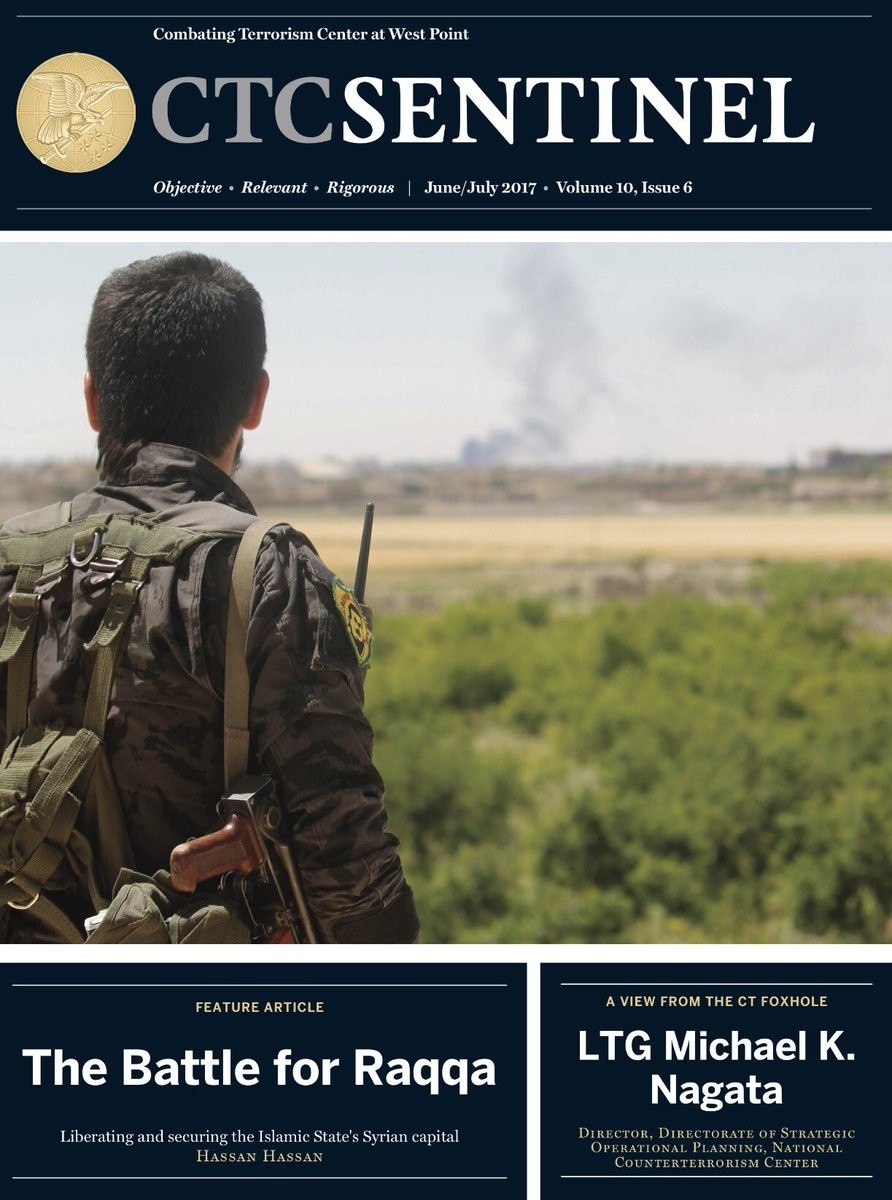 A publication of the U.S.'s Combating Terrorism Center at West Point, CTC Sentinel, used an image of a PKK terrorist who was carrying a banner that depicted Abdullah Öcalan, the imprisoned leader of the PKK terrorist group.

"An SDF member, looking at smoke rising from the Meshleb neighborhood of Raqqa," the caption of the photo read.

The SDF forces are dominated by the People's Protection Units (YPG), which is the armed wing of the PKK's Syrian offshoot, the Democratic Union Party (PYD). The U.S., European Union, and Turkey all officially recognize the PKK as a terrorist organization.

In its annual report on human trafficking, the U.S. State Department said that the PKK terrorist organization and its Syrian affiliates continues to recruit and use children as young as 12 years old as militants despite signing a pledge of commitment with an international organization in June 2014 to demobilize all fighters younger than 18 years old in Turkey, Syria and Iraq.

The report said that children in Syria and Iraq are vulnerable to the forced recruitment by armed groups such as the YPG, Daesh and Iranian militias.

Emphasizing that children remain highly vulnerable to forcible recruitment and use by multiple armed groups, the report says the PKK also uses child soldiers, especially in Turkey and Iraq.

Also, a recent report from Turkey's Interior Ministry, titled "The Forcible Recruitment and Deployment of Child Soldiers by the Democratic Union Party in Syria," says that the majority of those recruited from abroad for the PKK have been predominantly from Syria, where the YPG is fighting for regional influence, and claimed that the average age of recruits stands at 12 years of age.