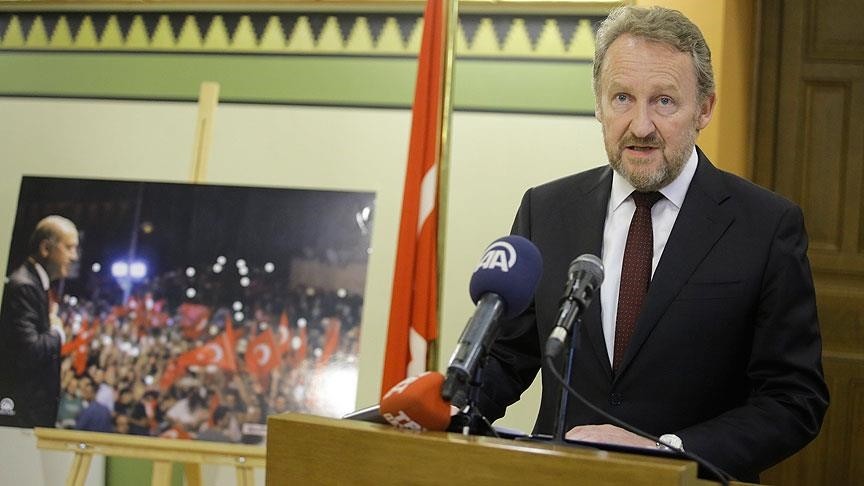 The Bosniak member of the tripartite Presidency of Bosnia and Herzegovina, Bakir Izetbegovic said Thursday that the Gülenist terror group (FETÖ) is an "octopus with arms reaching out to 150 states around the world, including Bosnia" during an exhibition held in Sarajevo.

"FETÖ is definitely a treacherous terror group," he added.

"FETÖ has only one aim: having control over people, press, economy and seize them," he said, adding that, "every cloud has a silver lining."

"After the traumatic experience of the July 15 coup attempt, no one has the luxury to ignore or underestimate the danger FETÖ poses," he concluded.

The exhibition in the Bosnian capital featured photos taken by Anadolu Agency journalists during the coup attempt.

FETÖ is run through strict obedience to the leader Fetullah Gülen, a self-exiled fugitive preacher living in Pennsylvania since 1999.

The July 15 coup attempt, perpetrated by FETÖ terrorists embedded within the ranks of Turkish Armed Forces, left 249 people dead and over 2100 wounded.