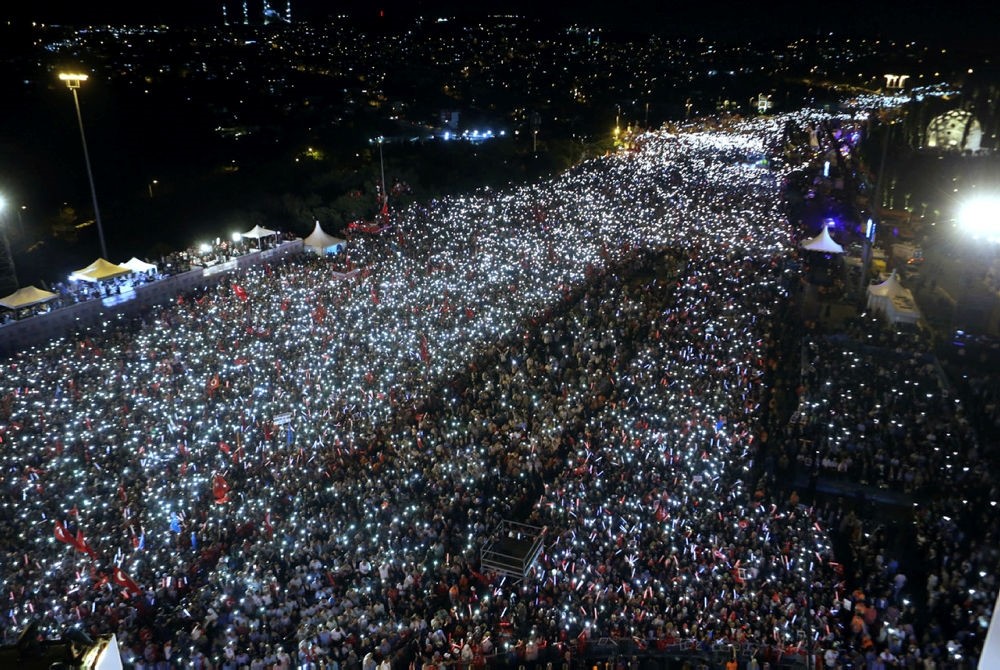 Hundreds of thousands of people gathered for the "national unity march" Saturday at the Bosporus Bridge where putschists killed dozens of civilians in Istanbul last year on the night of the coup attempt.

The bridge has since been renamed Bridge of the Martyrs of July 15.

President Recep Tayyip Erdoğan and Prime Minister Binali Yıldırım also joined the march. The president will return to Ankara and at 2300 GMT give a speech in parliament to mark the time it was bombed.

Yıldırım thanked the millions who heeded a call by President Erdoğan to flood the streets to resist the coup.

"We are able to come together again here today because of our 250 heroic martyrs, 2,193 heroic veterans and the great Turkish people. Your country is grateful to you," Yıldırım said.

Some 32 civilians and two police officers were killed when they confronted the putschists taking over Istanbul's Bosporus Bridge on July 15 during the coup attempt blamed on infiltrators of the Gülenist Terror Group (FETÖ).

The takeover of the bridge was one of the iconic moments during the coup bid. A large crowd of civilians and police officers had streamed onto the bridge connecting the city's Asian and European sides to convince the soldiers to surrender.

July 15 has been declared a national holiday in Turkey.

Public transportation in Istanbul and Ankara is free over the weekend and bus destination signs displayed messages of congratulations.

As they did on the night of the 2016 coup attempt, after midnight Saturday mosques across Turkey will simultaneously recite a verse, usually read before Friday prayers, to alert and invite Muslims to the streets.