Opposition stood united as one voice against coup plotters 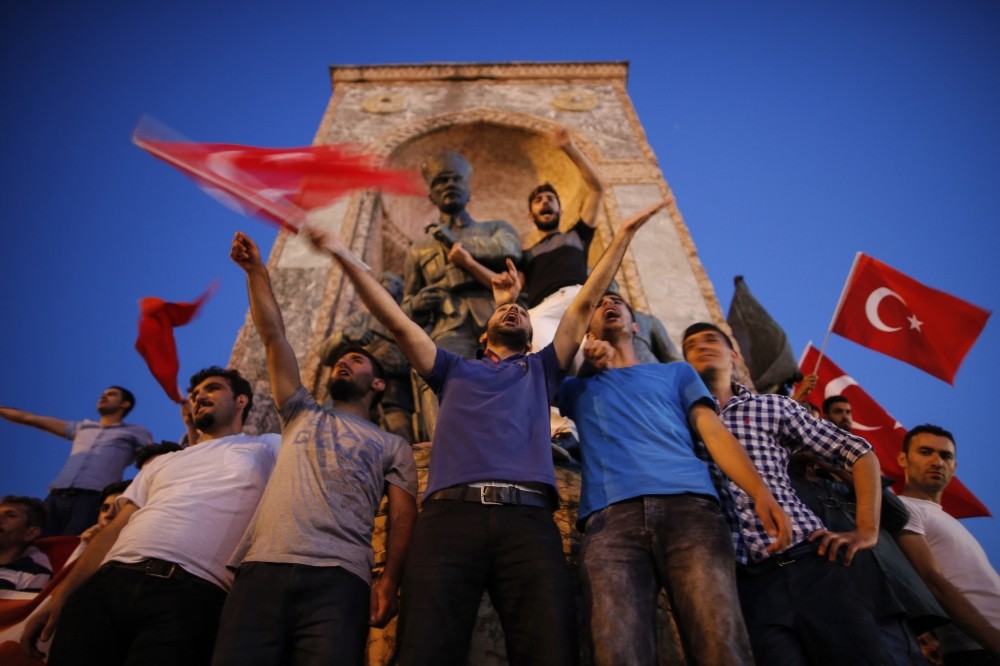 A year ago Saturday, a group of putschist soldiers using tanks, warplanes and helicopters launched a plot to overthrow the government.
by Daily Sabah Jul 15, 2017 12:00 am

As it was becoming clear that there was an attempt to carry out a military coup, voices from a diverse political spectrum, other than government officials, were being heard in the early hours of the night of July 15.

The first reaction came from Nationalist Movement Party (MHP) Chairman Devlet Bahçeli, who called Prime Minister Binali Yıldrım at 11 p.m., saying that his party was in solidarity with the government and that the coup attempt was "unacceptable." Later, in a written statement, Bahçeli said an attempt at suspending democracy and ignoring the national will was "a big mistake" that would hurt Turkey.

"The price Turkey will pay will be considerably higher in the event of a civil war in Turkey. As Turkish people, we need to distant ourselves from all kinds of interventions risking our national unity and integrity," he said.

In fact, since then the MHP leader has shown support to the government's steps against Gülenist Terror Group (FETÖ) members and has repeatedly voiced strong condemnation of the coup attempt.

In a series of tweets sent on the first anniversary of the coup attempt, Bahçeli said anyone mulling a new coup "faces the risk of death."

Main opposition Republican People's Party (CHP) Chairman Kemal Kılıçdaroğlu shared his first messages through his official Twitter account and later a written statement after the failed coup attempt. "We protect our Republic and democracy; we keep our faith complete," Kılıçdaroğlu said in a tweet shared from his official account. On July 16 in an interview with the NTV broadcaster, Kılıçdaroğlu said: "This country was wracked with coups. We do not want to go through the same troubles. We'll protect our republic and democracy and keep our commitment to the free will of our citizens.

Kılıçdaroğlu, despite showing support to the government at first, eventually distanced himself from the government and barely attended the mass rally on Aug. 7 in Istanbul, which was attended by people of diverse political ideologies and parties.

The Peoples' Democratic Party (HDP), which is known for its close affiliation with the PKK terror organization, condemned the failed coup through the party's Twitter account on July 16 at 1:28 a.m. Later on the same day, the party's co-chairs Selahattin Demirtaş and Figen Yüksekdağ also released statements at 1 p.m.

The joint written statement said no one could replace the national will. "The HDP takes a stance against every coup in every condition.

"There is no way other than protecting democratic politics," it added.

Meanwhile, various religious, social, cultural and minority groups also declared their condemnation of the coup. Statements from representatives of the Jewish, Christian and Muslim communities, including the Presidency of Religious Affairs (DİB), Constantinople Ecumenical Patriarch Bartholomew and Chief Rabbi Ishak Helava, expressed their great sorrow over the terrorist attacks by FETÖ members on July 15.