One year after the coup, thousands gather in front of Turkish parliament 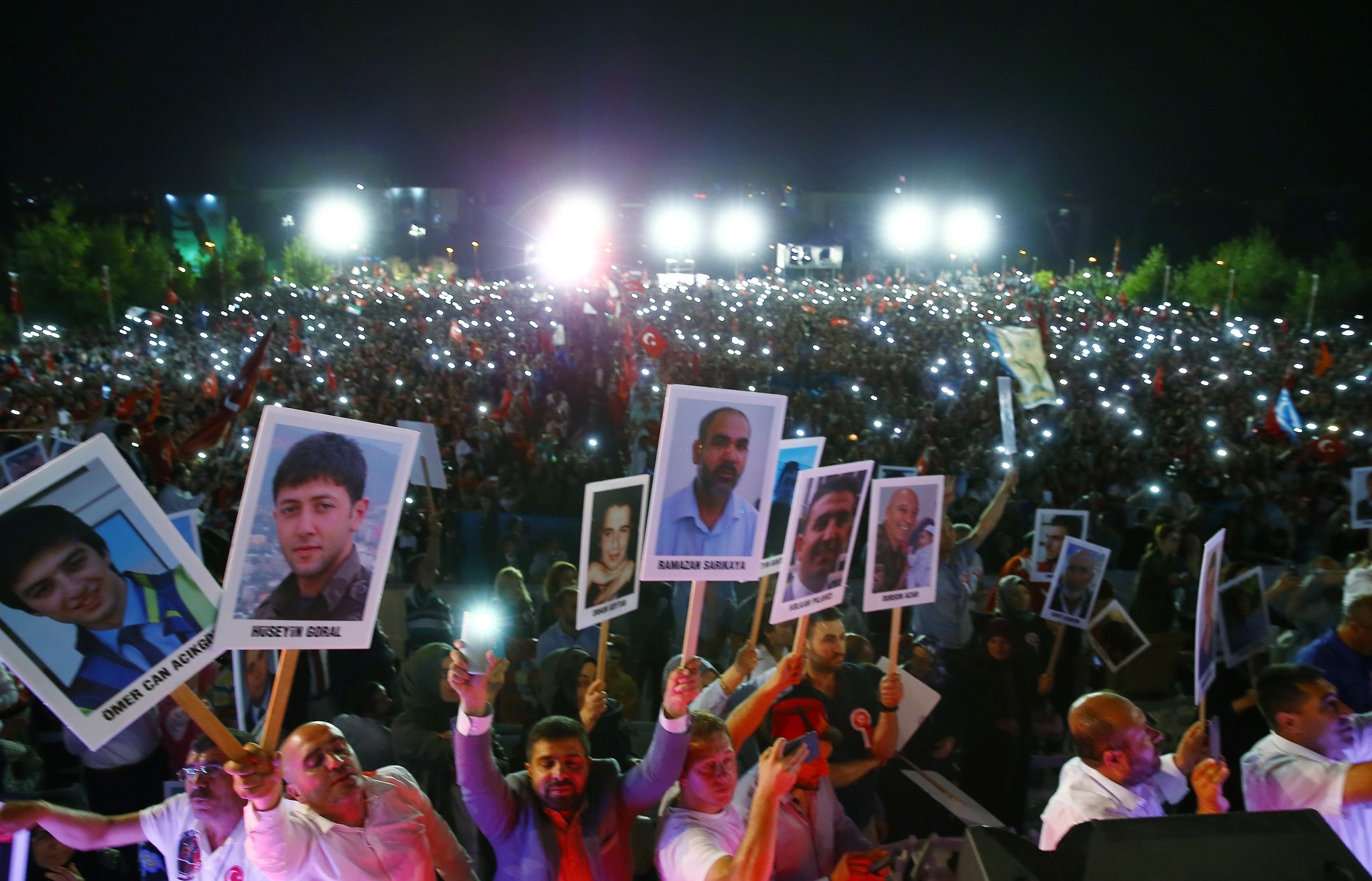 Turkish nation had a new victory on July 15 after disrupting coup plotters' 40-year plan in less than 20 hours, President Recep Tayyip Erdoğan speaking outside of Turkey's parliament building in the early hours of Sunday at a ceremony marking the first anniversary of the July 15 coup.

Thousands of people have gathered outside the parliament in the early hours of Sunday, waving Turkish flags and holding up pictures of the 250 people who died confronting the coup plotters.

Waving large red Turkish flags, the large crowds from different parts of the city flocked to the Beştepe neighborhood for the unity march to parliament. Many marched to the building clutching a 3 kilometer- (1.86 mile) long flag.

Erdoğan also said the country's top security advisory body will discuss on Monday whether to further extend a state of emergency that was declared after last year's failed coup.

President Recep Tayyip Erdoğan's address to the parliament in Ankara started at 2.32 a.m. (1132GMT), the exact time parliament was bombed on the night of the attempted putsch.

Sunday's program will begin with a morning prayer at the Beştepe Millet Mosque in Ankara, followed by the opening of the July 15 Martyrs' Monument at the presidential complex.

Before Ankara events, Erdoğan and Prime Minister Binali Yıldırım joined millions of people at Istanbul's July 15 Martyrs' Bridge where one of the dealiest confrontrations during the coup night.