Weapons supplied to YPG/PYD by US obtained by the PKK, National Security Council says 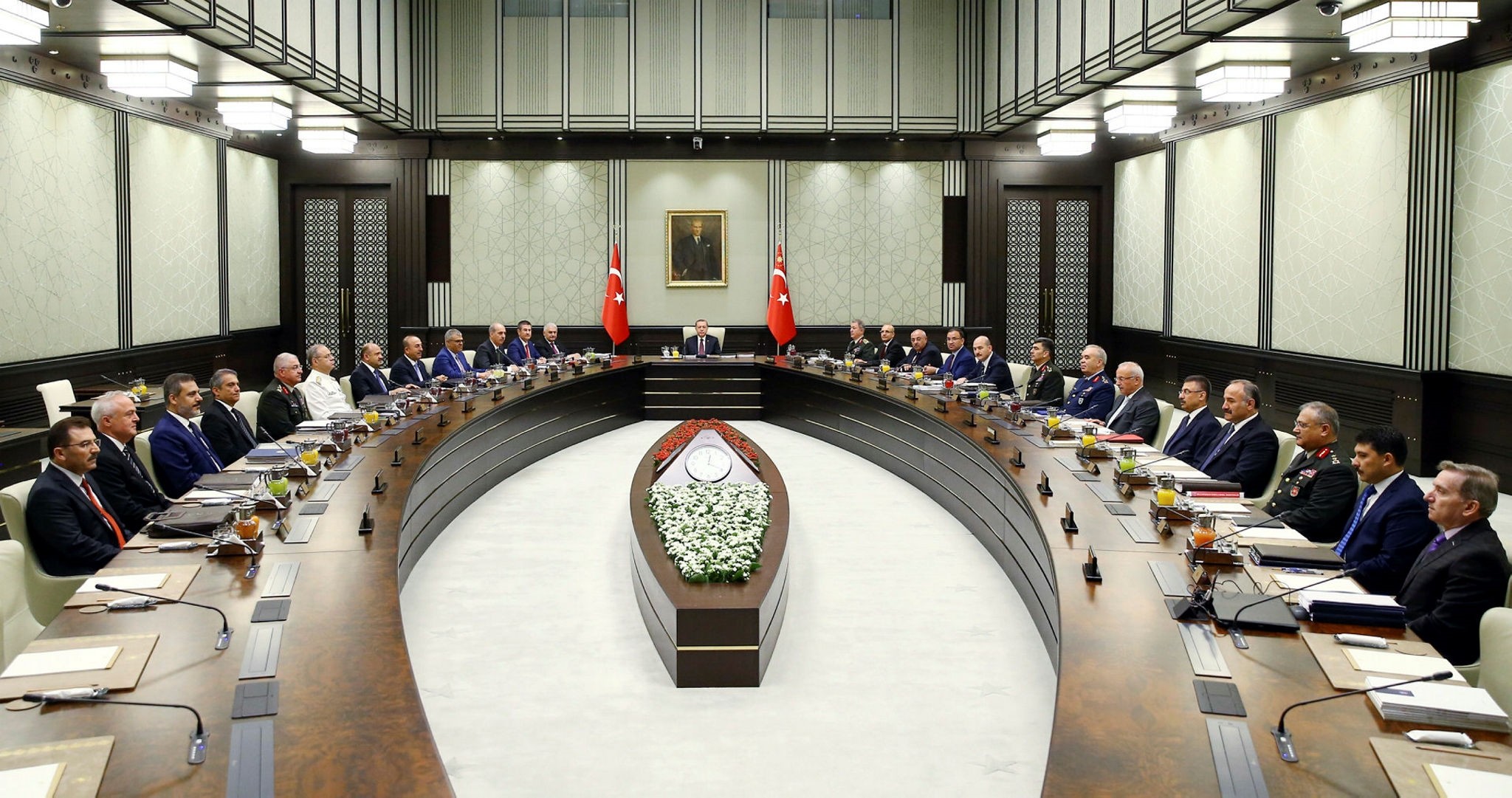 The statement said that weapons supplied to YPG/PYD by the U.S. are obtained by the PKK terrorists. "In the security operations against PKK militants, U.S. weaponry were seized," the statement noted.

It also touched upon the upcoming independence referendum in Northern Iraq.

"The referendum in N. Iraq will have undesirable consequences," the statement added.

The council also decided to propose a three-month extension of the state of emergency to the Turkish parliament.

The current counterterrorism fight against the Gülenist Terror Group (FETÖ), the PKK and Daesh terrorist groups and the PKK's Syrian offshoot the Democratic Union Party's (PYD's) armed wing the People's Protection Units (YPG), as well as the Cyprus issue and Turkish-EU relations were also discussed in the meeting. President Erdoğan recently hinted that the national state of emergency, declared in the aftermath of the July 15 coup attempt last year in Turkey, could be lifted in the "not too distant future."

The previous MGK meeting emphasized Turkey's commitment to the counterterrorism fight both at home and internationally. Following that meeting the MGK released a statement criticizing U.S. support for the PKK and the PYD/YPG in Syria, acting under the guise of the Syrian Democratic Forces (SDF) while disregarding Ankara's expectations.