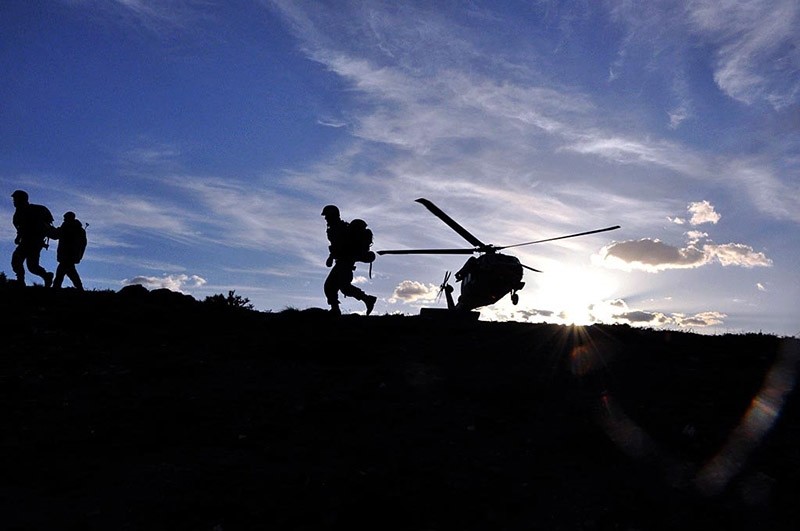 At least six PKK terrorists have been killed by missiles fired from Turkish drones in eastern Tunceli province, an official statement said Thursday.

According to the statement issued by Tunceli Governor's Office, Turkish forces launched airstrikes in Nazimiye district on Wednesday after detecting the terrorists in the rural area.

The terrorists killed in the operation had abducted and killed 23-year-old teacher Necmettin Yılmaz last month, it said.

On June 16, Yılmaz's car came under terrorist fire while he was heading to the Black Sea province of Gümüşhane -- his hometown -- from southeastern Şanlıurfa province.

After the incident, his burnt car was found in Pulumur Valley -- where his dead body was also found on July 12.

During the operation, one M-16 infantry rifle, four Kalashnikov rifles, C4 explosives and various other stuffs belonging to the terrorists were also seized, the statement added.

The PKK -- listed as a terrorist organization by Turkey, the U.S. and the EU -- resumed its decades-old armed campaign in July 2015.
Since then, more than 1,200 victims, including security force personnel and civilians, have lost their lives.