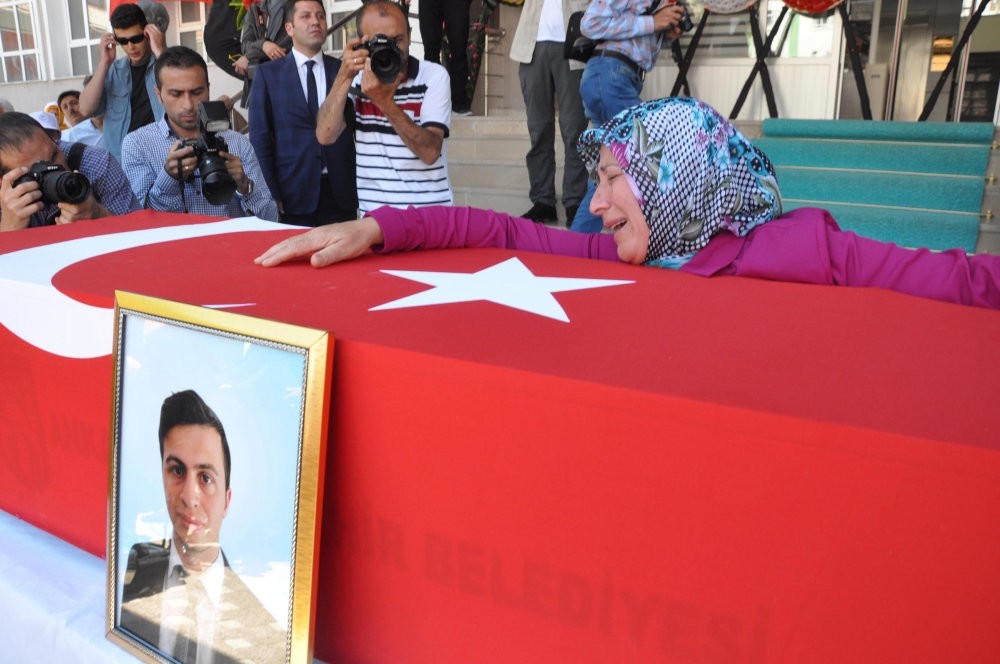 The opposition Republican People's Party's (CHP) Tunceli Deputy Gürsel Erol said they will organize a march today in the eastern Tunceli province to commemorate Necmettin Yılmaz, a 23-year-old teacher murdered by the PKK.

On June 16, Yilmaz was attacked, kidnapped and later killed by the PKK. He was traveling to Gümüşhane from Şanlıurfa where he was working as teacher. His charred car was later found in Pülümür Valley.

His body was discovered near a creek in the valley last Wednesday, confirmed the Tunceli governor's office after a series of forensics tests in Istanbul. Yılmaz's funeral was held on Sunday. Erol said CHP Group Deputy Chairman Levent Gök and other deputies are expected to attend the march. He also called on deputies in Parliament to join the demonstration set to take place at 6:00 p.m.

"The murder of Necmettin Yılmaz made our hearts very heavy and pushed us to take a stronger stance against these types of acts. Our goal is to commemorate Necmettin Yılmaz and to condemn terror," he said. The CHP deputy also mentioned that President Recep Tayyip Erdoğan had called to congratulate him on his speech to Parliament about the killing.

"President Erdoğan congratulated me via phone after my speech. And I told him that Tunceli is not a city of terror. Then, I shared the conversation with our party chairman," Erol said. Meanwhile, the Tunceli governorate reported that the six terrorists killed on July 19 in Tunceli by an unmanned aerial vehicle (UAV) are those responsible for Yılmaz's death. "It was discovered that the six terrorists were the group who had abducted and murdered Necmettin Yılmaz on June 16," the statement read. Interior Minister Süleyman Soylu also announced on his Twitter account that Yılmaz's murderers were killed in a military operation. "Our heroes took revenge on our martyred teacher in Tunceli, Necmettin Yılmaz. Five terrorists were killed," he tweeted.