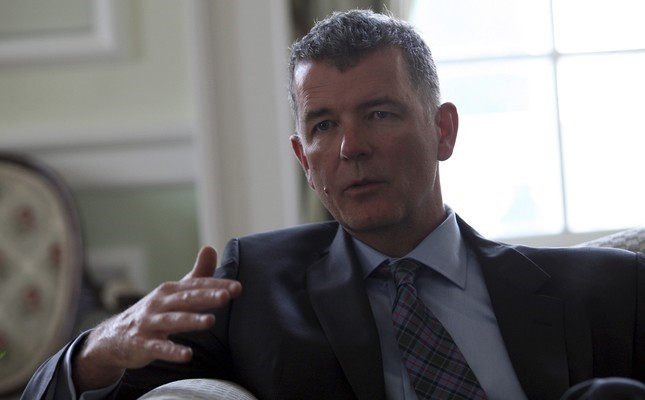 The United Kingdom has once again acknowledged Gülenist role in the quelled July 15 coup attempt. The top British diplomat in Turkey, Richard Moore said that the British government knows “very well” Gülenists were behind the effort to overthrow Turkey’s democratically elected government

The British ambassador to Turkey, Richard Moore has said that "the United Kingdom knows very well" the Gülenist terror group (FETÖ) led by Fetullah Gülen, a fugitive preacher living in the United States in self-imposed exile since 1999, was behind the July 15 coup attempt that left 250 people killed and over 2100 wounded.

"Even though we do not call Gülenists a terror group due to necessity of a British legal process, we know very well they were behind the coup attempt," Moore said during an interview with Hürriyet daily's Hakan Çelik published Sunday.

"Turkey is right to take precautions against Gülenist infiltration," he added.

The UK has previously acknowledged that Gülenists took part in the botched coup.

According to the report published in March, when asked about whether or not the Gülenists were responsible for the coup attempt, Minister of State for Europe and the Americas at the Foreign and Commonwealth Office of the United Kingdom, Sir Alan Duncan said "I think the answer has to be, in large part, in terms of significant involvement, yes."

FETÖ has been trying to infiltrate into key Turkish state institutions for over 30 years. In its history, the group has orchestrated several takeover attempts via judiciary, sham trials, and finally the military coup attempt on July 15, 2016.

Duncan also acknowledged Gülenist infiltration in the report. Duncan referred to the "clear and systematic infiltration of the entire apparatus of government by a group of people who, as a state within the state, try to overturn the state," in clear reference to FETÖ's parallel state structure.

When asked specifically whether he believed the Gülenists were "a state within a state," Moore said "I think, from where I sit, if I were asked to say yes or no, I would say yes."