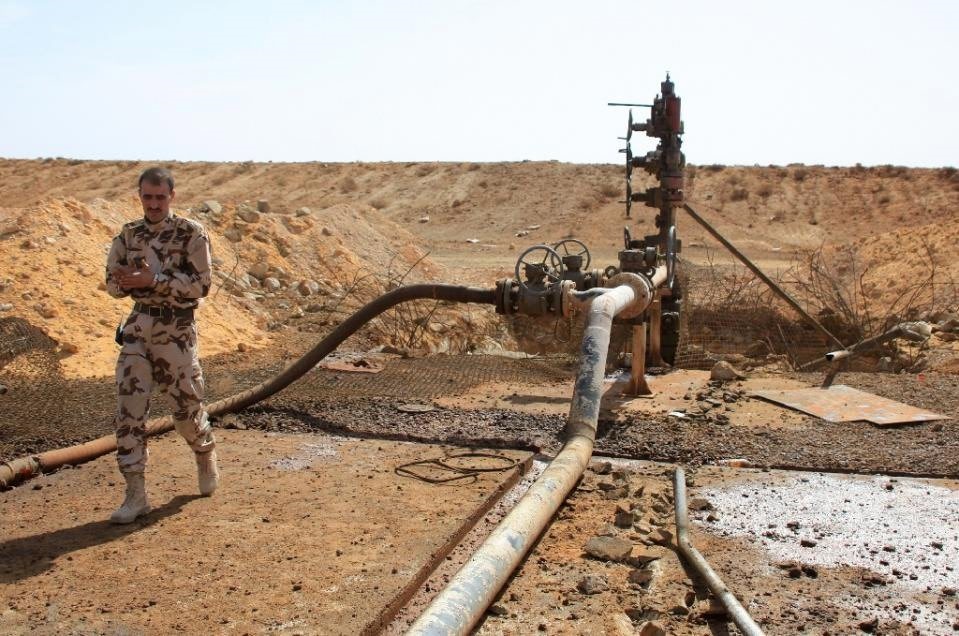 Locals in northern Syria indicate that the Assad regime and the PYD terrorist group have an agreement to share revenues from oil fields in the region, with the regime supplying the salaries of guards and other workers, and the PYD giving some revenue to local Arab forces that are responsible for the protection of the fields

The Democratic Union Party (PYD), the Syrian affiliate of the PKK terrorist organization, and Bashar Assad's regime control the oil fields in the northeastern Syrian province of al-Hasakah, the revenue from which they share, local sources told Anadolu Agency on Wednesday.

The PYD controls al-Hasakah in the east, northern Raqqah, Manbij to the east of Aleppo, Afrin and Tal Rifaat.

The PYD and the Assad regime together control nine oil fields in al-Hasakah province, three of which are currently active and six inactive, according to local sources.

The PKK, which is listed as a terrorist organization by Turkey, the U.S., and EU, has waged a separatist insurgency against the Turkish state for more than 30 years, in which more than 40,000 people have been killed. It is also involved in illicit drug production, manufacture and trafficking.

However, the U.S. considers the PYD's YPG militia an effective force in the fight against Daesh in Syria while Turkey, a NATO ally, argues that as a result of the ideological and organizational links between the groups, U.S. support for the YPG transfers directly to the PKK and is used against the Turkish state and its people. The situation has caused tensions between Washington and Ankara, with the former saying that supporting the YPG is the only option to defeat Daesh and the latter saying an alternative could be found with local Arab tribes backed by countries in the region, rather than supporting and arming "a terrorist group."

Approximately 30,000 to 35,000 barrels of oil per day is produced from nearly 350 small oil wells located in the war-torn country's southwestern city of al-Suwayda, an oil-rich city in Rimelan and Karacok in northeast Syria.

Recently, the PYD handed over control of oil production in the Rimelan region to the Assad regime and a revenue sharing agreement was signed between them.

According to the agreement, the Assad regime will take 65 percent of the revenue while the PYD will obtain 20 percent. The PYD gives the remaining revenue to local Arab forces that are responsible for protection of the fields. The Assad regime supplies the salaries of the guards and other workers.

Despite the agreement, the PYD still keeps an office in the Rimelan region where their officers provide reports on oil production to the organization.

The oil produced from these fields is transported to refineries in Syrian regime-held Homs in trucks. Entrepreneur Husam Katirci, a close associate of the Assad family, oversees the oil transfer.

Oil produced from al-Hasakah is targeted for Iraq's Sinjar district.

Prior to the current conflict, when Syria produced 383,000 barrels per day of oil and 316 million cubic feet per day of natural gas, Syria's oil and gas sector accounted for approximately one-fourth of the government's revenues, according to the country analysis of the U.S. Energy Information Administration (EIA).

Syria has been locked in a vicious civil war since early 2011, when the Bashar Assad regime ruthlessly cracked down on pro-democracy protests, which erupted as part of the Arab Spring uprisings.

Since then, more than 400,000 people have been killed and more than 11 million have been displaced, 6.3 million internally and 5.1 million externally, according to the U.N.