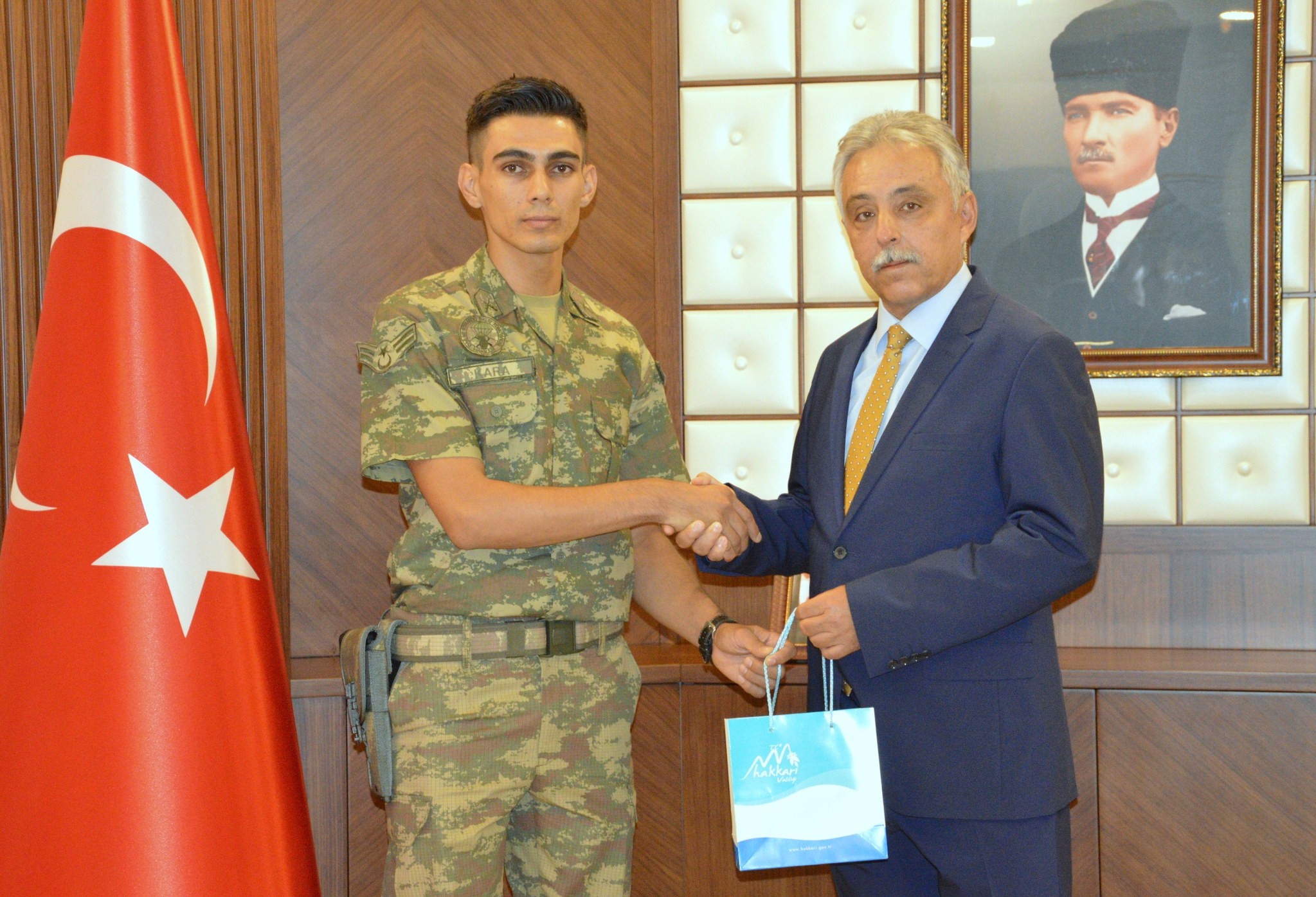 A Turkish soldier who survived a recent terror attack thanks to his cell phone received a big surprise from President Recep Tayyip Erdoğan on Thursday – a brand new phone to replace his old one destroyed by a bullet.

Sergeant Kazım Kara was gifted a new phone by Hakkari Governor Cüneyt Orhan Toprak on behalf of President Erdoğan to thank him for his dedication and hard work. 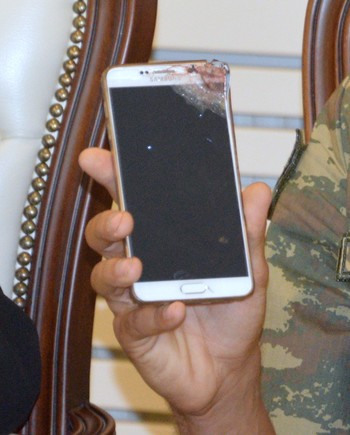 On August 1, PKK/YPG terrorists opened fire from the Iraqi side of the border on Turkish security forces at the 34th Border Brigade in the Şemdinli district of southeastern Diyarbakır province. Kara suffered only minor injuries in the attack, thanks to the phone in his right pocket which took the impact of a bullet and changed its course.

More than 1,200 people, including security personnel and civilians, have lost their lives since the PKK -- listed as a terrorist organization by Turkey, the U.S., and EU -- resumed its decades-long armed campaign in July 2015.