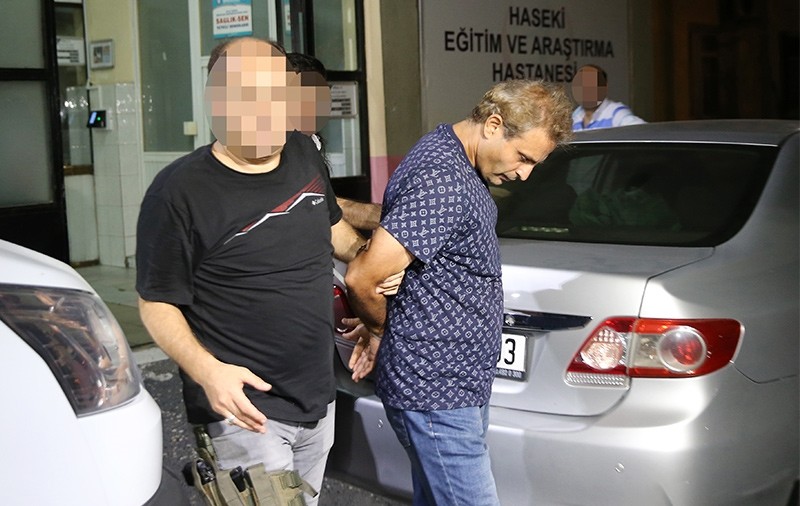 At least 12 Daesh suspects have been detained in the anti-terror operations carried out in Istanbul following the stabbing of a police officer late Sunday.

An unidentified Daesh terrorist stabbed and killed a police officer while in custody on suspicions of planning a suicide attack.

Police officers in the vicinity of the attack shot the perpetrator dead.

Istanbul police Chief Mustafa Çalışkan announced Monday that the suspect was "internationally wanted." Police are now investigating how the suspect got access to the knife while inside the anti-terror police headquarters.

Daesh became one of the most active terrorist groups in Turkey over a span of just two years. The group has been blamed for a string of attacks in Turkey, ranging from suicide bombings to gun attacks.

The country has deported over 5,000 Daesh suspects.

Daesh terror attacks in Turkey, which increased between July 2015 and August 2016, and caused the deaths of nearly 300 people, drastically decreased after the operations were launched on Aug. 24, 2016.

After that date, Daesh has only been able to carry out one terror attack inside Turkish borders.

In related news, a court ordered the arrest of a Daesh suspect involved in the killing of two Syrian journalists in southeastern Turkey two years ago. The suspect, identified as Moaz al-Ahsan, was caught in Şanlıurfa where Ibrahim Abdelkader and Fares Hammadi were killed by Daesh suspects in the house they shared.

The two men were publishing the Arabic weekly "Ain Watan" when they were killed and had arrived in Turkey from Syria's Raqqa, a region gripped by Daesh violence.

Media outlets reported that the suspect fled to Syria after the murders and was captured when he returned to Turkey three days ago. Authorities said more suspects are being sought for the murders.